Living with Lions: A special lookback at the Second Test of the 1997 Tour 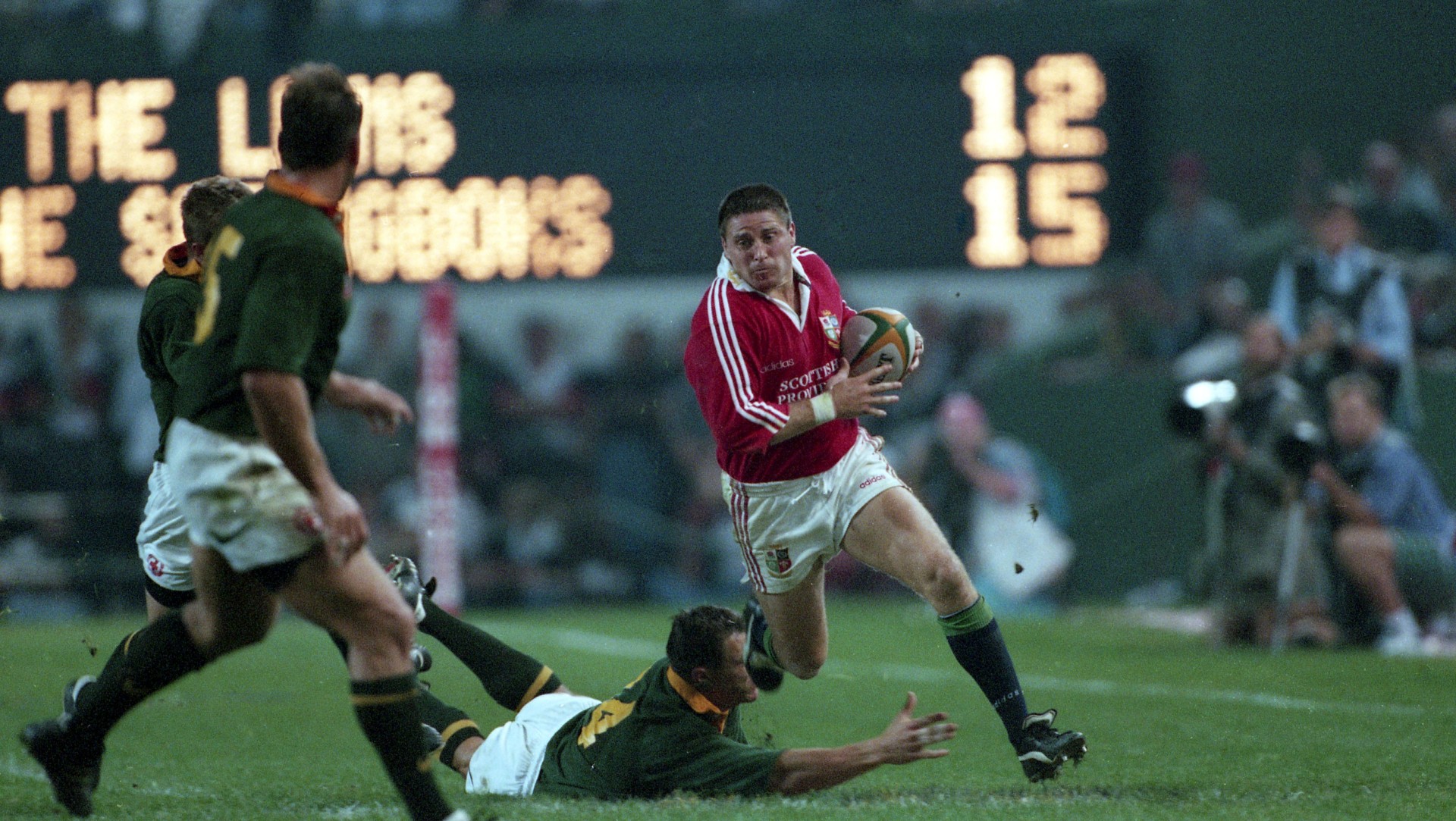 From Ian McGeechan’s impassioned pre-match speech to the scenes of jubilation at the full-time whistle, Duncan Humphreys and Fred Rees’ Living with Lions documentary perfectly captured the rollercoaster ride of the Second Test in 1997.

The infamous 1997 British & Irish Lions Tour of South Africa has been etched into the history books ever since the ball for Jeremy Guscott’s winning drop goal left his boot as the Lions became only the third touring side to have ever won a Test series in South Africa.

And, it is also fondly remembered for the accompanying 1999 documentary that followed the Lions throughout the Tour and gave a behind-the-scenes glimpse at how a moment of rugby history came to be.

The film, which was shot throughout the training camps and the Tour itself, garnered a great reaction and became an instant cult classic – and to this day stands as a guide for how to run a successful Lions Tour.

With the countdown to the 2021 British & Irish Lions Tour of South Africa continuing, we have looked back at some of the best moments from the documentary which surrounded that pivotal second Test.

Having convincingly won the first Test 25-16 at Newlands, the Lions headed to Kings Park Stadium knowing that their date with destiny had arrived.

A big reaction was expected from the wounded but formidable Springboks, who lest we forget brilliantly won the Rugby World Cup only two years prior.

Sensing that, coach Ian McGeechan delivered a speech in the lead-up to the match that could give chills to even the most unfeeling of people.

Some moments are so big that they transcend sport and this speech, an example of true leadership and determination, is one that will live on forever.

And having received Jim Telfer’s ‘Everest’ speech before the first Test, the players were once again delivered a monumental slice of inspiration.

McGeechan stressed how significant the next 80 minutes were going to be for the players lives and made sure that he not only fired his men up but also reminded them to embrace a scenario which would never come again. 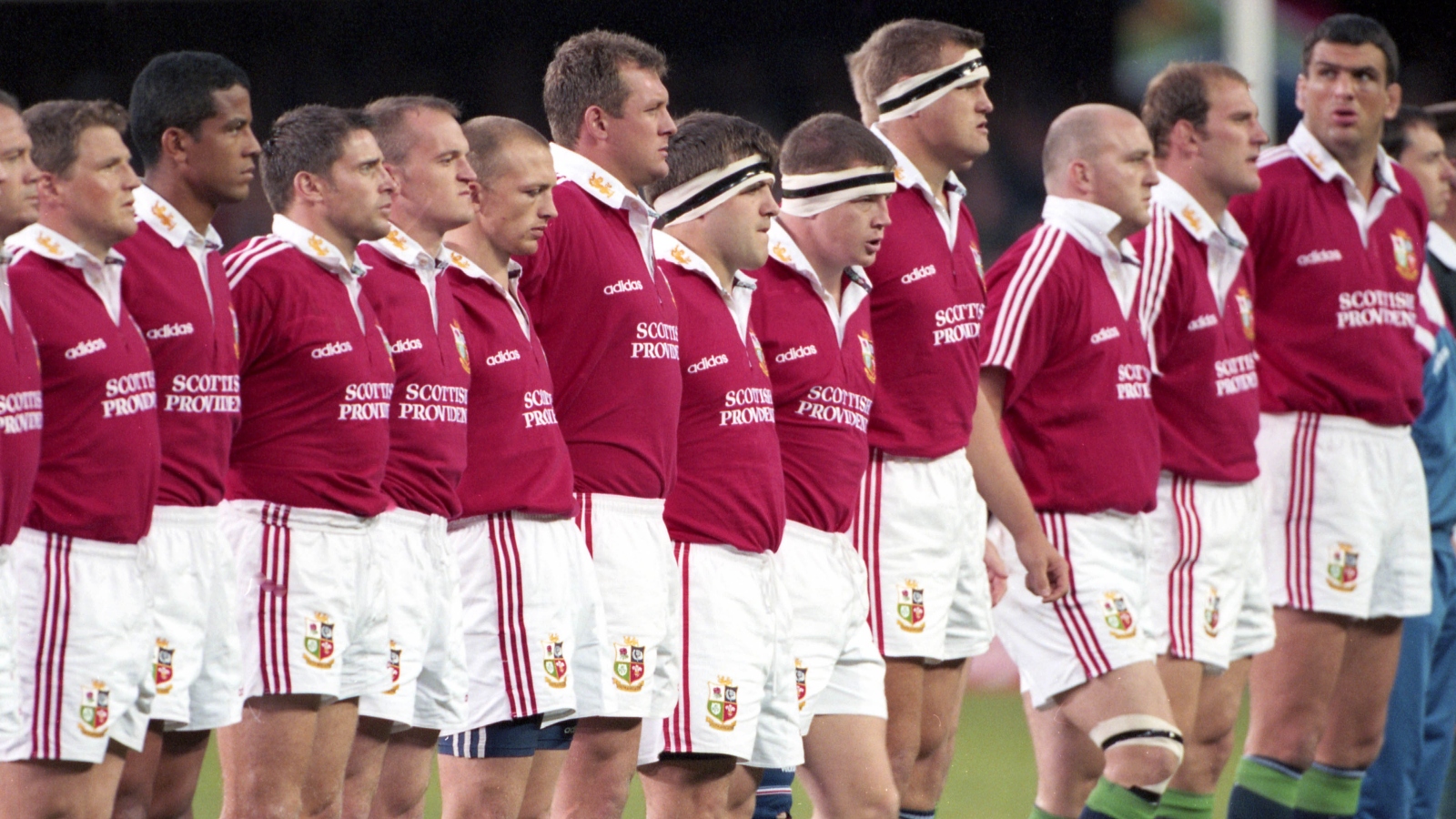 He said: “Jim and I have been involved in rugby a long time. I can tell you these are the days that you’ll never believe will come again. It has.

“I’ve given a lot of things up, I love my rugby, I love my family, and when you come to a day like this you know why you do it all.

“It is a privilege because we’re something special. As you’ll meet each other in the street in 30 years’ time and there’ll just be a look and you’ll know just how special some days in your life are.

“We’ve proved that the Lion has claws and has teeth, we’ve wounded the springbok.

“When an animal is wounded it returns in frenzy, it doesn’t think. It fights for its very existence. The Lion waits and at the right point it goes for the jugular, and the life disappears.

“Today, every second of that game – we’ve talked about what they’re going to do, or everybody else has, we go for the jugular.

“Every tackle, every pass, every kick, is saying, you’re a f****** springbok, you’re dying. Your hopes of living in this test series are going.

“And on that field sometimes today, all it will be between you is a look. No words, just a look. That will say everything. And the biggest thing it will say is, ‘you are special’. You are very, very special.

“It has been, and is, a privilege. Go out, enjoy it, remember how you’ve got here, and why.

“And finish it off. And be special for the rest of your lives.

Fast forward to gameday and the intensity was never in short supply thanks to Keith Wood, with the hooker – who was nicknamed ‘The Raging Potato’ – installing a trademark dose of fire into his teammates in the changing rooms.

With phrases such as “let’s look into each other’s eyes, look at yourself and demand everything for 80 minutes. That’s all, everything” and “we set the standards, we play the standard. We take the f****** plaudits” Wood made sure the Lions were ready for battle. 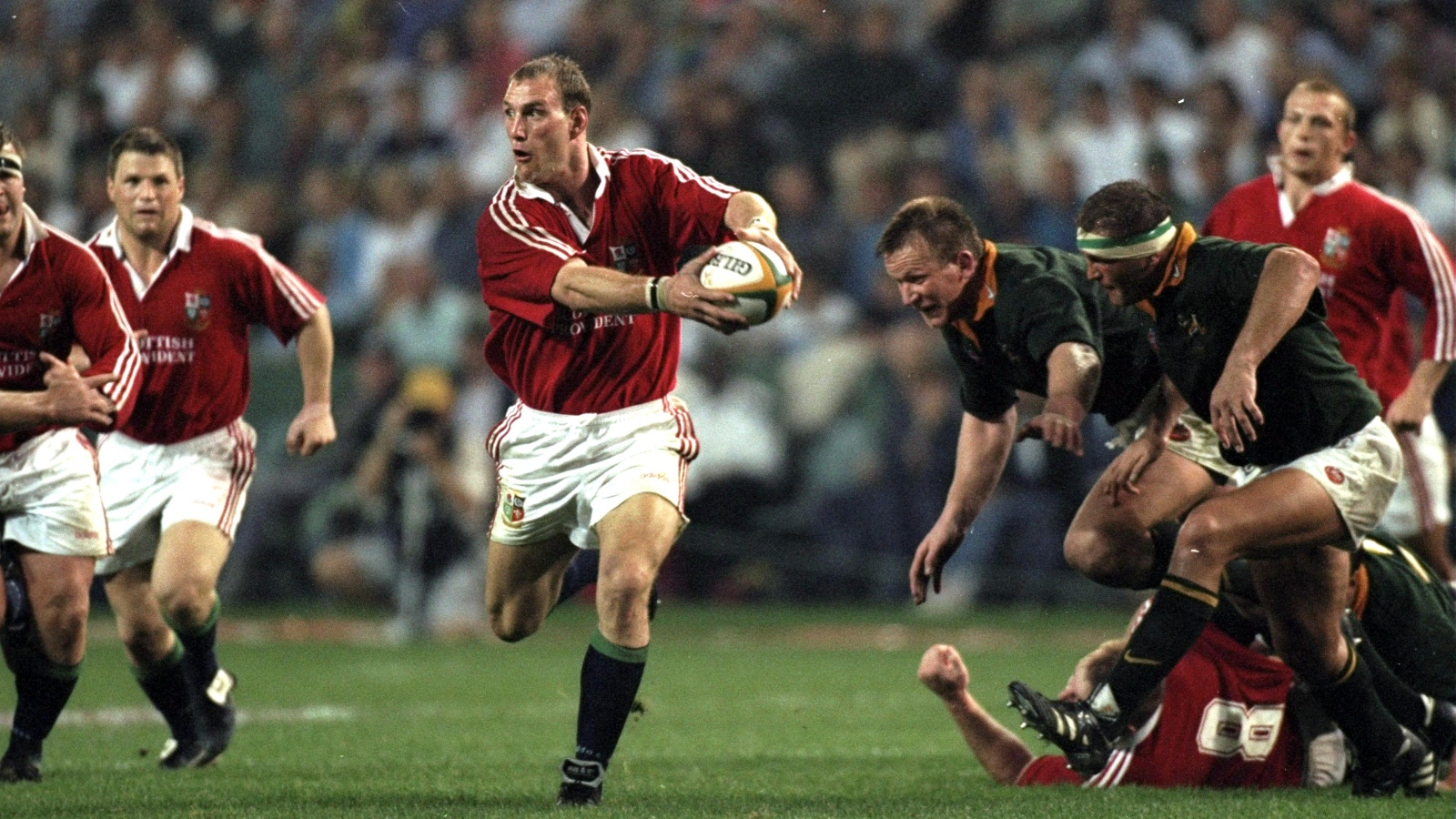 The documentary does a brilliant job of showcasing the unique atmosphere of a Lions match in South Africa, and especially the situation that that particular set of Lions had found themselves in on a famous Tour.

As the film shows, a deafening roar met the South African players as they entered the arena with the Lions up against more than 15 men on the pitch.

But, as battle commenced, the most nervous people watching were coaches McGeechan and Telfer who, as the documentary shows, dealt with it in their own unique ways.

While the former looked on nervously and silently as Joost van der Westhuizen scored the game’s first try, the latter was animated from minute one, barking orders through his microphone and willing the players on with his shouts of “run it, run it, run it.”

At half-time the Lions led by a single point but that wasn’t enough for one man in particular who pleaded with his teammates to improve in the second 40 minutes.

Guscott told his teammates: “If we’d have worked as hard in attack as we are in defence we’d wipe them off the field.

“There’s no ambition in attack at the moment, we’re just happy to go from one set piece to another, we’re not working any phases of play.”

And the words seemed to have their desired effect as the Lions came out all guns blazing in the second half.

But, as we know, South Africa kept on coming and ran home two more tries.

Not to be outdone, Neil Jenkins’ boot brought the scores level at 15-15 to the sheer delight of the likes of Jason Leonard on the bench.

What happened next is dealt with in slow motion as Guscott’s drop goal proved pivotal – an outpouring of emotion coming upon referee Didier Mene’s final whistle.

And two of the protagonists of this section of the documentary teamed up for a heartfelt moment on the pitch at the game’s conclusion as McGeechan embraced his matchwinner Guscott.

He said with an air of almost disbelief: “Well done Jery! Can you believe that?! You were smashing. Well done, well done. Match winner!”

Behind the Scenes History News
Previous story Since the Tour: Maro Itoje
Next story Kolisi shines as young and old battle in Green and Gold match