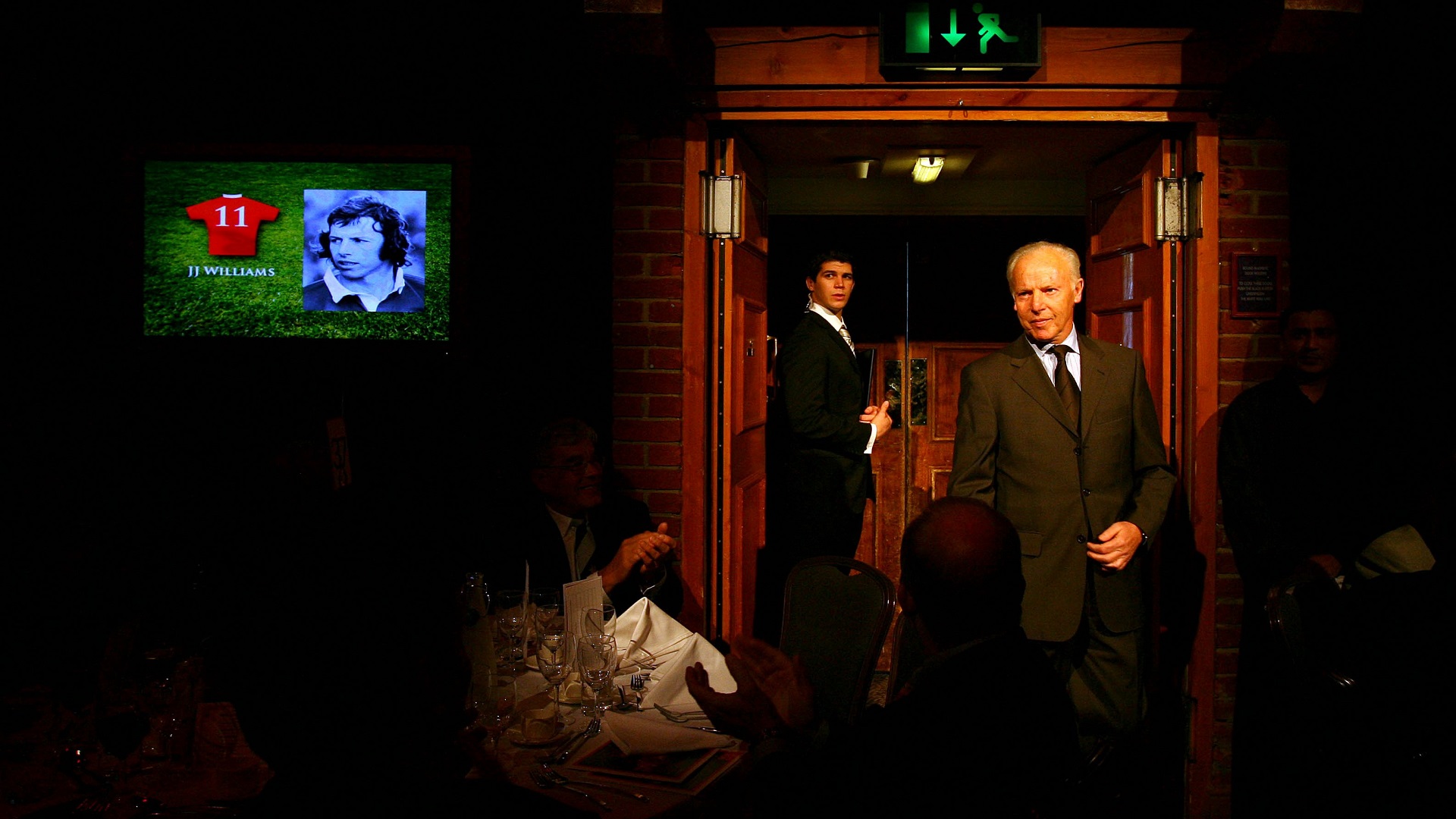 Considered by many to be one of the greatest wingers in Lions history, Lions #523 scored a remarkable 22 tries in just 26 games across the 1974 and 1977 Tours.

Born in Nantyffyllon and educated at Maesteg Grammar School, Williams was a talented athlete growing up and represented Wales as a sprinter at the Commonwealth Games in 1970.

A Welsh sprint champion in 1971, his rugby career began in earnest at Bridgend before he joined Llanelli and went on to earn his first international cap for Wales against France in 1973.

He went on to win 30 caps for Wales and scored 12 tries, helping his country win the Five Nations in 1975 and Grand Slams in 1976 and 1978 during a period of Championship dominance.

But for all of his achievements with Wales, it is Williams’ exploits with the Lions that ensured he will forever be remember as one of the best wingers to ever grace the sport.

Williams was instrumental to the ‘Invincibles’ Tour of South Africa in 1974, starting on the wing in all four Tests and scoring two tries in each of the second and third Tests.

Earning himself the nickname of ‘The Welsh Whippet’ in the process, Williams’ performances helped the Lions win a series in South Africa for the first time since 1896.

His brace in the third Test was also part of another history-making feat for the Lions, who became the first touring side to beat the Springboks at Boet Erasmus Stadium since 1910.

In the second Test, Williams’ two tries came in the first half as the Lions established a 10-6 lead before eventually going on to triumph 28-9 to take a 2-0 series advantage.

He followed up that performance with another double in the third Test to seal the series and Williams relived the first of those incredible tries when speaking to Wales Online.

“It was one of the great Lions tries, with some beautiful passing – probably the best team try I’ve been involved in,” he explained.

“It was so satisfying to have worked on things all week on the training ground and then to put them into practice on the field when it really mattered.

“It was just a great try and a great moment for me personally.”

Williams also equalled David Duckham’s Lions record of scoring six tries in one game on the 1974 Tour when he achieved the same feat against South West District in a 97-0 win.

Following his headline-stealing displays on his first Tour, Williams was one of the first names on the teamsheet when the 1977 Tour of New Zealand came around three years later.

Once again, Williams could not stop scoring, crossing the whitewash 10 times in 14 matches, but while he featured in three Tests he could not stop the All Blacks taking the series 3-1.

Williams did produce one of the highlights of the Tour, however, dotting down the only try of the game in the Lions’ only success against New Zealand – a 13-9 win in the second game.

His sporting achievements continued through his three children, who all represented Wales in athletics. His son Rhys was European 400m hurdles champion and competed at London 2012.

Williams’ magic with the rugby ball will never be forgotten, though, with his name forever etched into Lions folklore as the second highest Test try scorer in the tourists’ history.