Matsushima: ‘Once in a lifetime’ game against the Lions will be huge for Japanese rugby 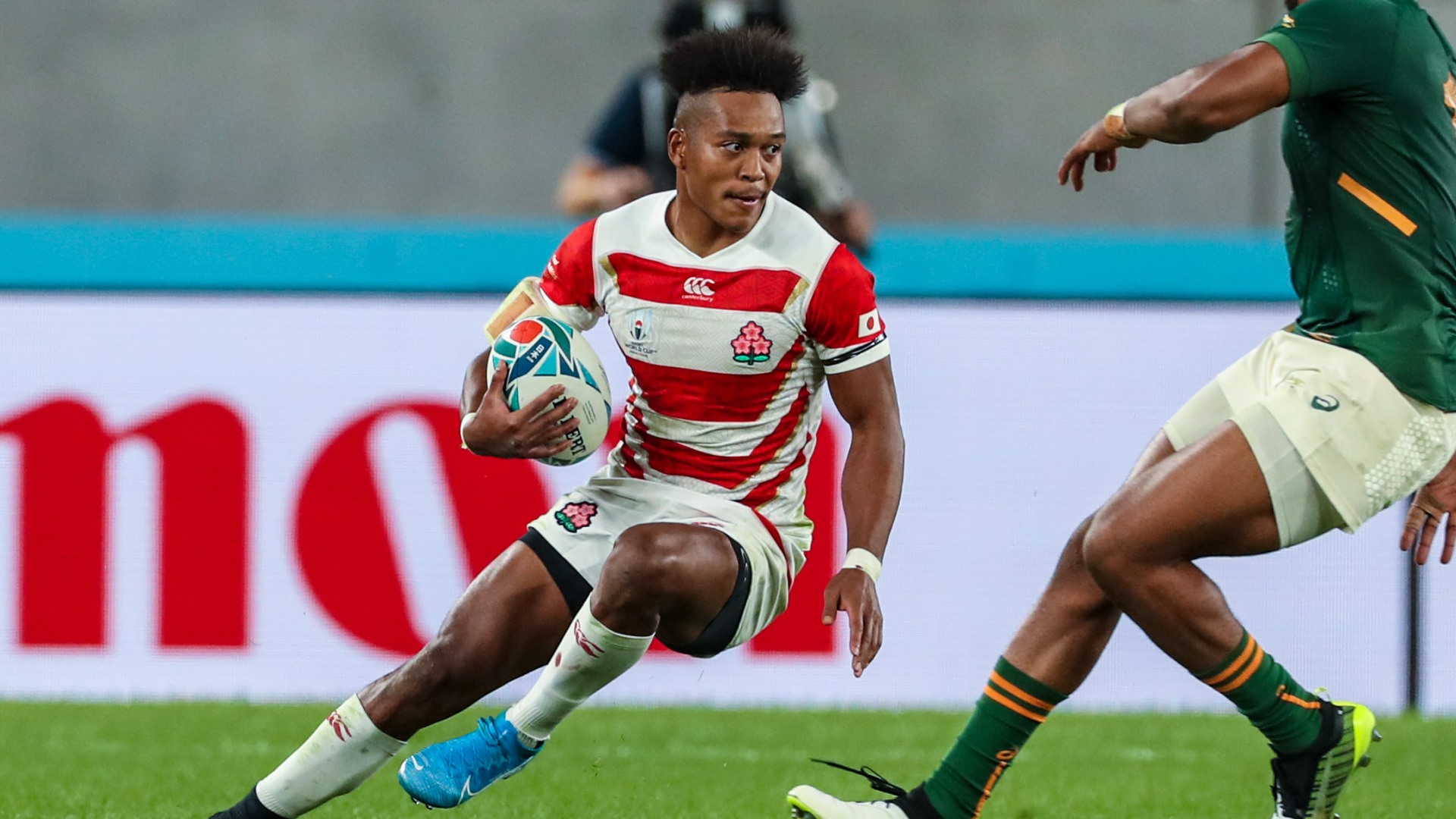 Japan are gearing up to face The British & Irish Lions for the first time this weekend and Kotaro Matsushima is convinced it will be a seminal moment in the country’s rugby history.

With the 1888 Cup on the line in front of 16,500 fans at BT Murrayfield, the Test match will act as a curt-raiser for the Lions’ much-anticipated eight-match Tour to South Africa next month, which culminates with three Tests against the world champion Springboks.

Coincidentally, it was a game against South Africa that saw the current Japanese generation announce themselves on the international rugby stage, as the Brave Blossoms memorably beat the Boks at the 2015 Rugby World Cup.

Four years later, as hosts, they defeated both Scotland and Ireland to reach the World Cup quarter-finals for the first time and confirm their place as a legitimate international powerhouse.

Now a first-ever Test against the Lions awaits and back-three flyer Matsushima is relishing the chance to be a part of such an historic occasion, which he believes will make waves around the rugby world.

The wait is finally over…😆

“As a player, it’s a once-in-a-lifetime experience because I can’t imagine I’ll have another chance to play against the Lions,” said Matsushima. “It’s a very important match for me.

“If we can get a win against them, there will be more chances for Japan to play against Lions. So this game will be a benchmark for the future of Japanese rugby.

“If we put in a good performance as a team and if we can win against the Lions, we’ll get a huge amount of attention. That’s a huge motivation for me and the team, so we have a strong determination.

“It’s a great opportunity for us to play against the Lions. All of us will probably be nervous but at the same time, it’s a new team, so there’s a lot of excitement in the squad.”

Having made his international debut back in 2014, Matsushima made history on home soil when he became the first Japanese player to score a World Cup hat-trick in 2019, accomplishing the feat against Russia. 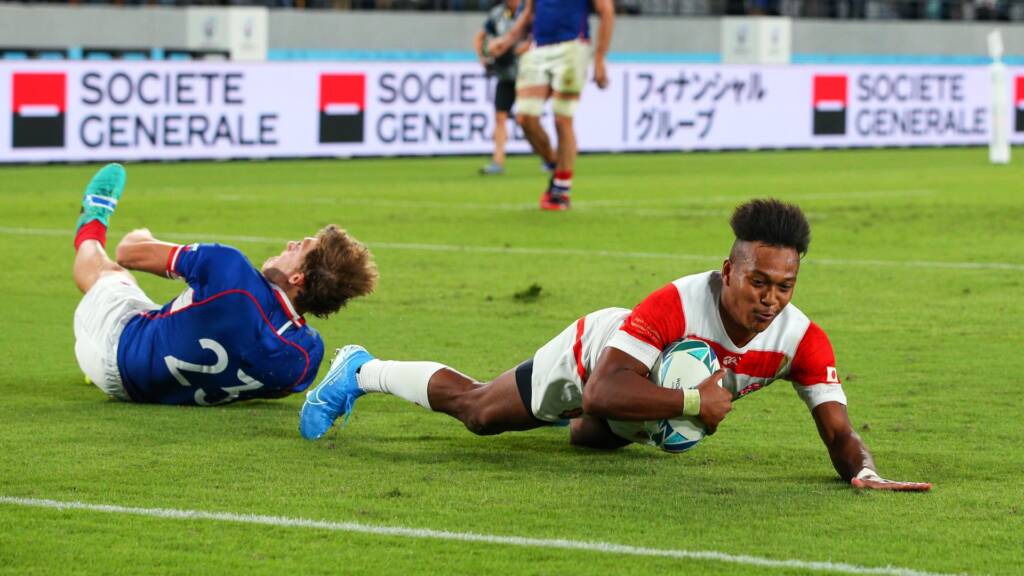 That performance propelled him to sporting superstardom in his own country and also helped earn a move to French side Clermont Auvergne, where he has shone this season in the Top 14.

And the 28-year-old is hoping that being based in Europe can give him an edge against the Lions on Saturday.

“Every week, I have been watching the English Premiership, so I think I’ve got some understanding of the type of game they’ll play,” added Matsushima.

“For me, it’s easier to expect what they’ll do but they’ve got some great players, so I’m excited to play against them. It should be a great experience.

“I expect there will be a lot of kicking in the game and the box-kicking will be very high, so as a member of the back-three, I’ll be focusing on that.

“It’s difficult to say who I’m looking forward to playing most – each name is a big player, so I can’t decide on one.”

It will be Japan’s first Test match since the 2019 World Cup, where their expansive style of rugby and spirit in which they played the game lit up the tournament, although they have had limited time to prepare as a full squad.

Players such as Matsushima and powerful forward Kazuki Himeno – who plays for Super Rugby side the Highlanders – have only just finished their club commitments, both linking up with the Brave Blossoms on Monday.

Just 48 hours prior, Himeno was part of the Highlanders side that lost 23-15 to the Blues in the Super Rugby Trans-Tasman final and while the back-rower concedes that preparation hasn’t been ideal, he is still convinced Japan can beat the Lions in Edinburgh. 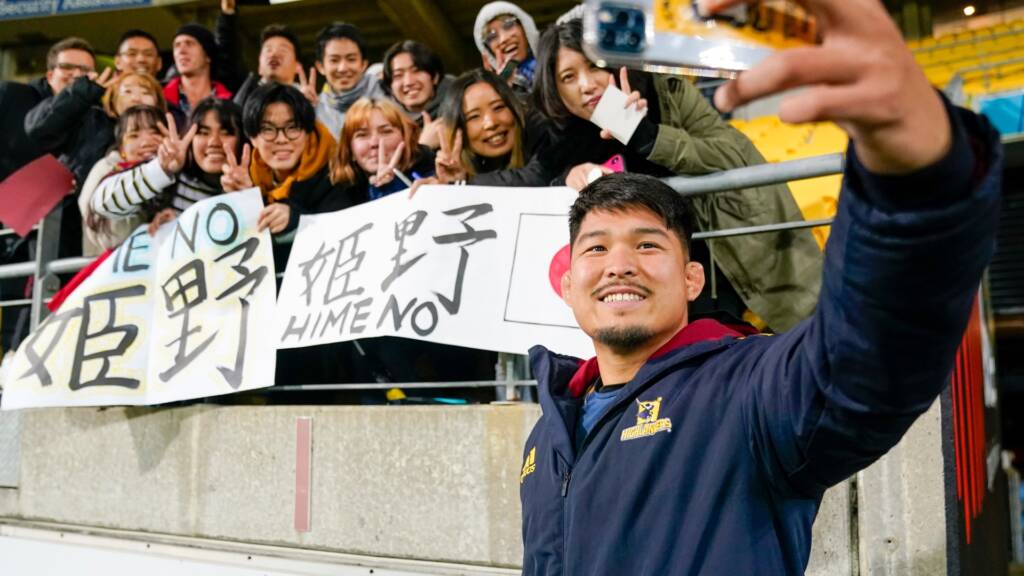 “It should be a good challenge to play against the Lions and as a rugby player it’s a huge honour,” said Himeno.

“Since we knew the game was happening, I wanted to play against them and there should be no excuses for me.

“I’m so excited because we didn’t play at all last year. We’re a bit worried about the amount of time since we last played but once we get on the field, we won’t be worried about that.

“Of course we can beat the Lions, we just prepare for ourselves to win against them. Even with short preparation, for me personally, I’ve had a good preparation in Super Rugby and I think I’m the fittest I’ve ever been. We all have the intention to win the game on Saturday and we have that belief.

“We have a lot of the players who were there in 2019 [at the World Cup], so the spirit and our team culture has been carried on from 2019 but I think we have a good mix of those traditions and things the new players have brought in.

“If we have a good balance of those two, I think we can win.”