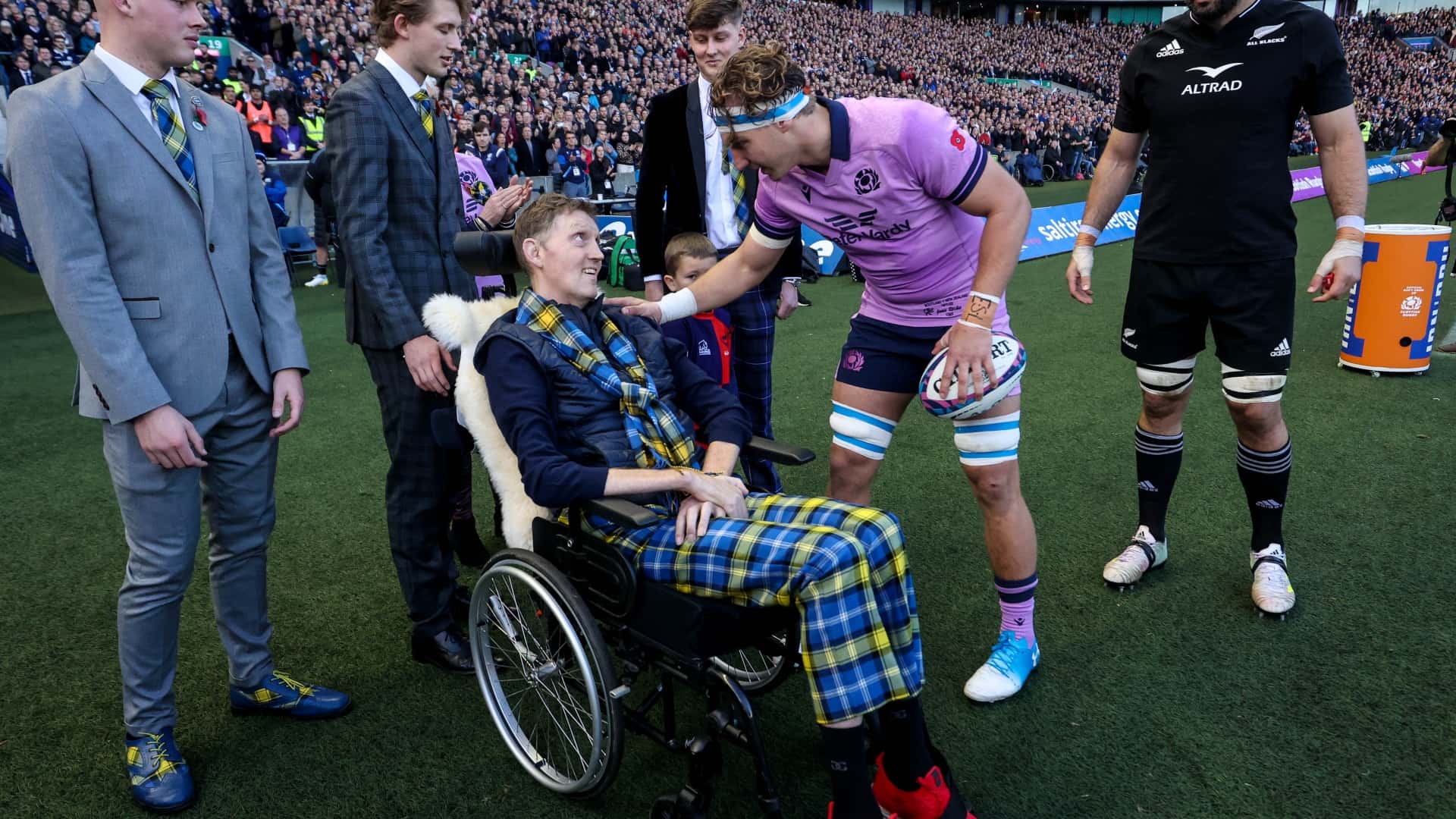 British & Irish Lions great Doddie Weir was greeted with a standing ovation by the BT Murrayfield crowd as he delivered the match ball before Scotland’s clash with New Zealand.

Weir was diagnosed with motor neurone disease in 2017 and his appearance coincided with the fifth anniversary of the launch of his charity, My Name’5 Doddie Foundation, an official charity partner of the British & Irish Lions.

Arriving at BT Murrayfield with his family, Weir was applauded by the crowd before the match as he provided Scotland captain Jamie Ritchie with the match ball.

And the back-rower paid tribute to Weir’s remarkable bravery after Scotland fell to a 31-23 loss.

He said: “We’re speaking about being brave, but I don’t think anything defines brave more than Doddie Weir. So we are just proud that we could wear his heart on our back and so proud we could represent him.

“I said to Doddie before we went out: ‘We want to do it for you’. I think he would be proud of the way we performed. It’s just unfortunate we were on the wrong side of the result.

“We were the better team for the majority of the game. Our next step now is we’ve got to win those matches.”

Sometimes it’s about more than just the rugby.@MNDoddie5 | #AsOne pic.twitter.com/RXED44W9aC

Weir won 61 caps for Scotland and was also part of the legendary 1997 Lions Tour to South Africa, with his own tour cut short by injury. 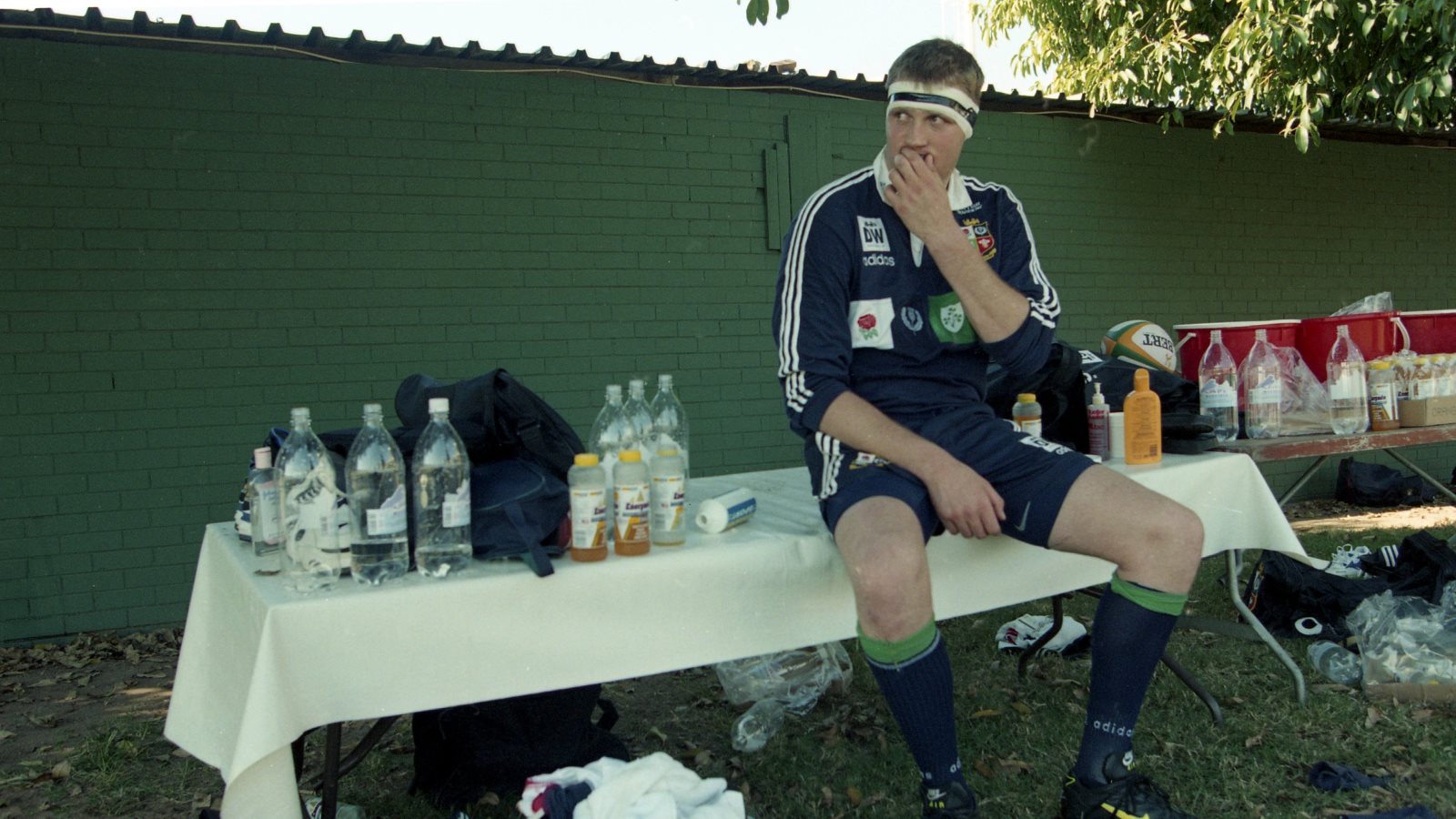 He played alongside current Scotland coach Gregor Townsend on that Tour, and earlier this week, the former fly-half explained just how important it was to have Weir in attendance on Sunday.

He said: “It’s [Doddie’s attendance] to acknowledge what Doddie has done over the last five years, show our love for him and his fight against MND, and also it’s to remember that great night five years ago when he launched the My Name’5 Doddie Foundation.

“So many people in Scottish rugby feel they’ve been on this journey with him and I know he has inspired a lot of people to do things to raise money and probably change people’s lives. I know he’s going to change a lot of lives in the future due to the work he’s doing.

“It’s great the numbers on the back of our shirts will be in Doddie’s tartan, as we’ll feel we’ll have Doddie with us.

“He’s a big supporter of the team. I always get a message the night before our game saying we’re going to win this weekend and wishing us all the best. It’ll mean a lot to him if we get the win on Sunday and that’s what we’re working towards.”

News Scotland
Previous story From Teignmouth to Lions: The rise of Sam Simmonds
Next story Lions Origins: Tadhg Furlong on his journey from New Ross to Lions