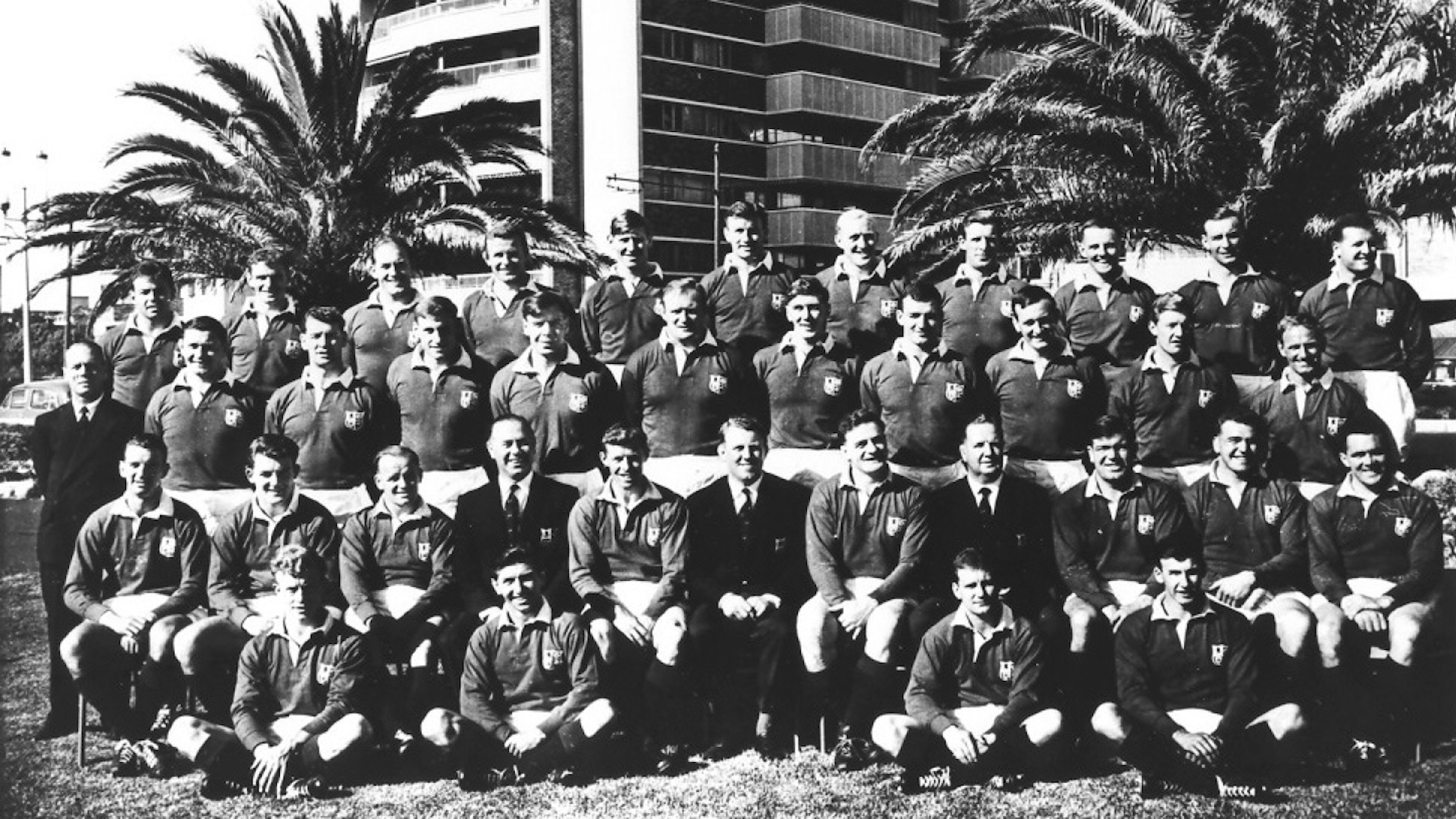 Dewi Bebb is a name that often goes under the radar when debating the greatest wingers to ever wear the famous British & Irish Lions jersey.

The likes of Gerald Davies, David Duckham, JJ Williams, Rory Underwood and John Bentley are regularly touted ahead of the Welsh national hero in lists of the sport’s top runners.

But while the man himself was never one to talk himself or his achievements up, there is no doubt that Bebb more than deserves to be put on the same pedestal as those legendary tourists.

His place in Lions’ folklore certainly became clear to his son Sion when he was growing up as he began to dabble in rugby – and potentially following in his father’s footsteps.

Sion ultimately decided a career in rugby wasn’t for him before becoming a professional golfer on the European Tour but the aura that surrounded his old man was unmistakable.

“I used to play a lot of rugby myself when I was growing up,” he said. “When I was about six or seven I started playing mini rugby in Pontyclun and I used to go to rugby games with my dad.

“You could tell every time when I was with my dad holding his hand on the way to the game I could see people looking at him and saying, ‘Ooh, that’s Dewi Bebb there’. 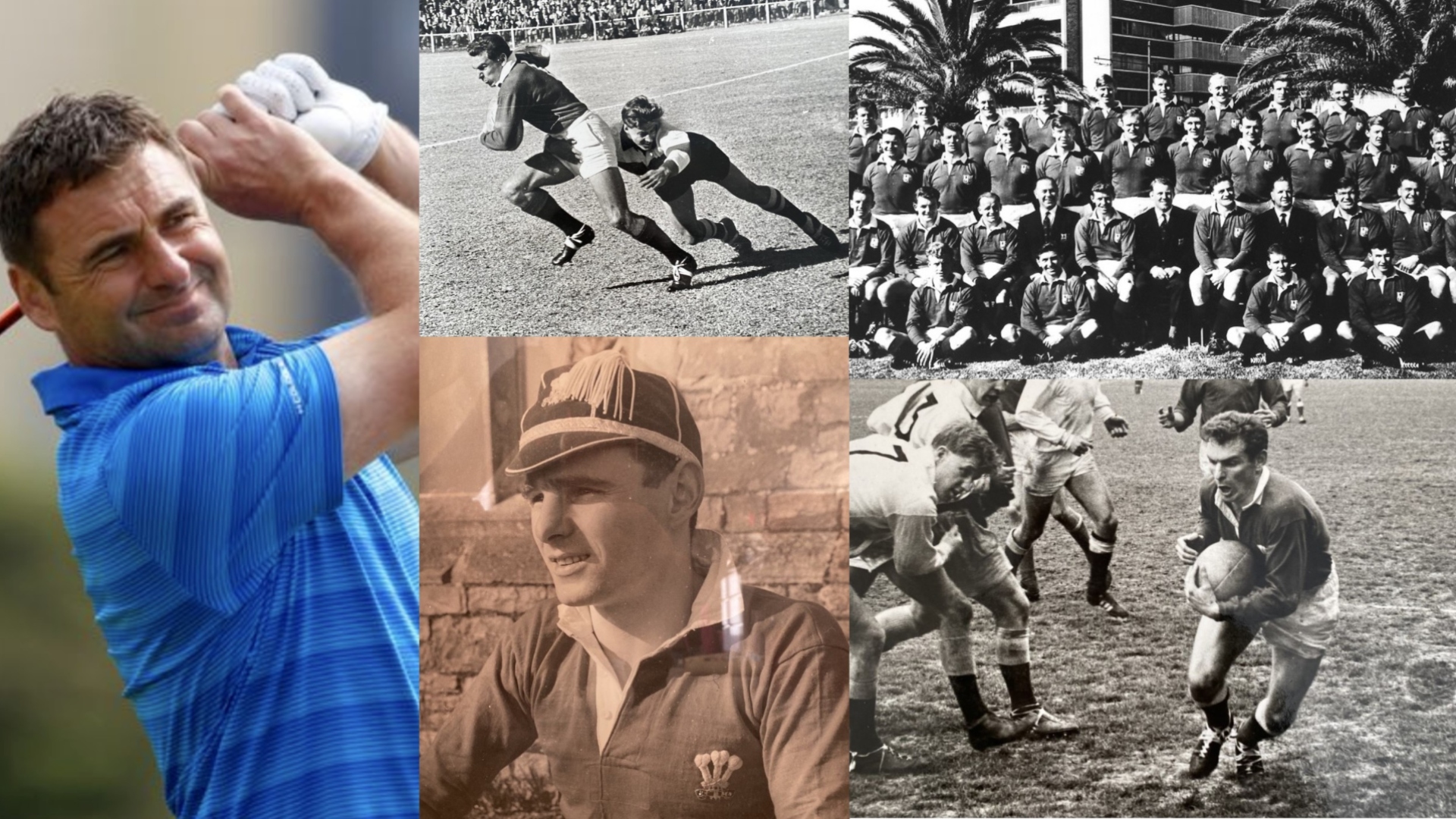 “To me he was just my dad, so I kept on asking why but he was never big headed about it at all, he never bigged himself up so I learnt about it from other people more than anything else.

“Obviously these days there is more on social media about past players, so I think I’m learning more from it now than I did when he was alive to be fair.

“But I could certainly tell from other people’s reactions to dad that he was a good player.”

Bebb senior began his rugby journey at Trinity College in Carmarthen before making a name for himself at Swansea, where he would remain throughout his playing career.

International recognition arrived quickly as the then 20-year-old made his debut for Wales after just five first-class appearances – and it took Bebb no time at all to make an impact.

“He’d only played five games for Swansea before he was picked for Wales,” Sion said.

“That’s quite unheard of these days as you usually have to play a couple of seasons to show any kind of consistency, but he was picked in 1959 and his first game for Wales was against England.

“He scored the only try of the game at Arms Park and was lifted off by the crowd. They came on after the game and lifted him up so he was an instant hero and he liked scoring against England.

“He scored most of his tries against England and his last try was also against England in the same corner as he scored his first try, which is quite rare, and Gareth Edwards passed the ball to him.

“Gareth Edwards’ son actually lives just a couple of doors away from us in Pontyclun so we still see Gareth pass every now and again and he still reminisces about that moment.” 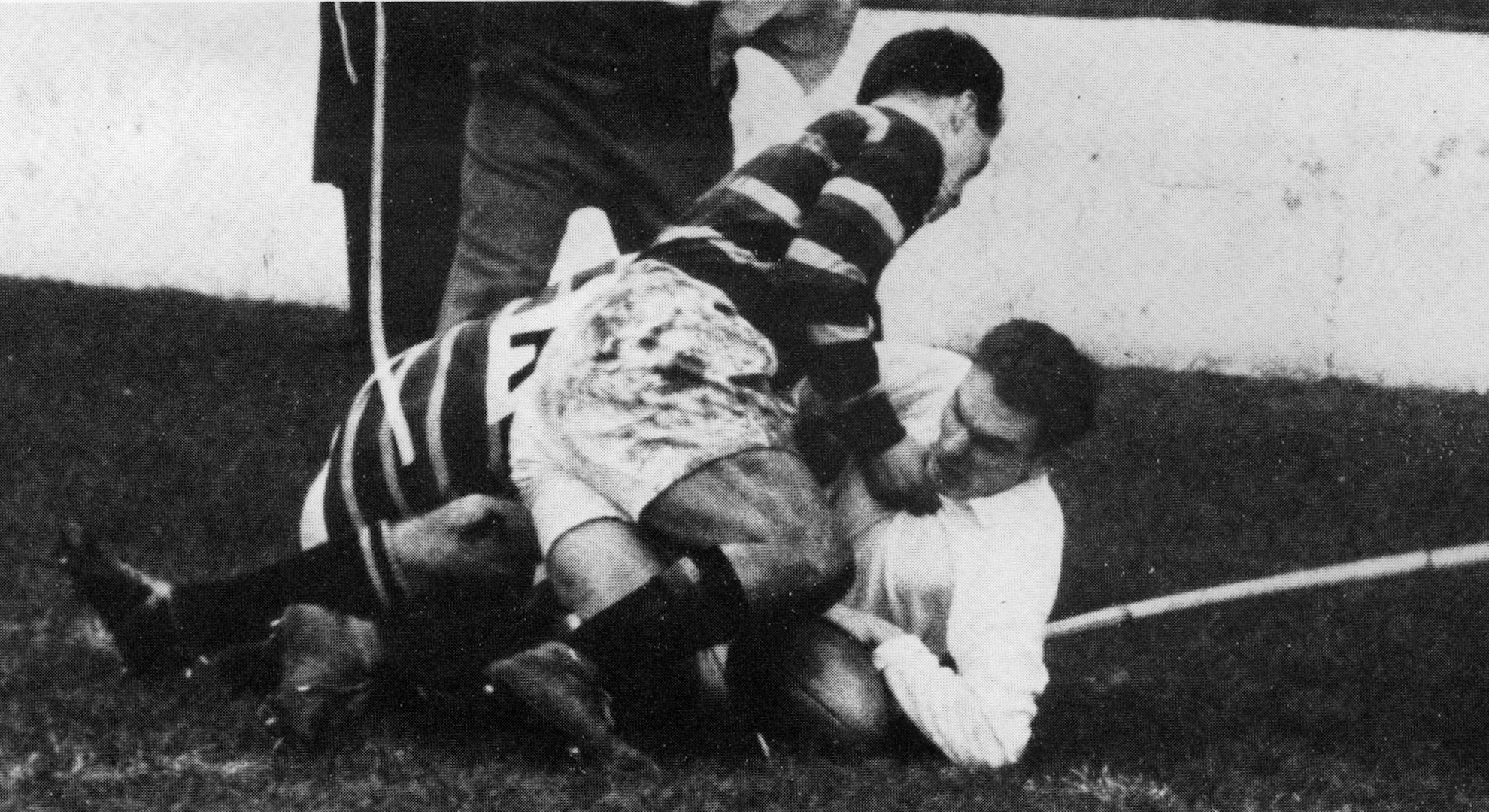 That knack for finding the tryline, which would define his playing career, was just as evident on his two Lions Tours to South Africa in 1962 and Australia and New Zealand four years later.

He featured in nine games on his first Tour, including two of the four Tests, before playing 23 matches and all six Tests in 1966 when he racked up an impressive 42 points in all.

“He was actually the Tour’s top try scorer with 14 tries playing in all the Tests so I think he could have carried on and played in the ’68 Tour to South Africa but he retired quite early.

“He’d had enough and obviously had a career in line as well as children to come so he retired early but he could have gone on a third Tour if he hadn’t hung up his boots.

“Playing for Wales is obviously the pinnacle but then you play for the Lions and it’s just another level than when you’re playing for Wales and he just got people from Wales to pick his spot.

“All of a sudden you’re playing against the best and he did enjoy the Tours, he certainly enjoyed New Zealand and he always said he would take us back to New Zealand on holiday. 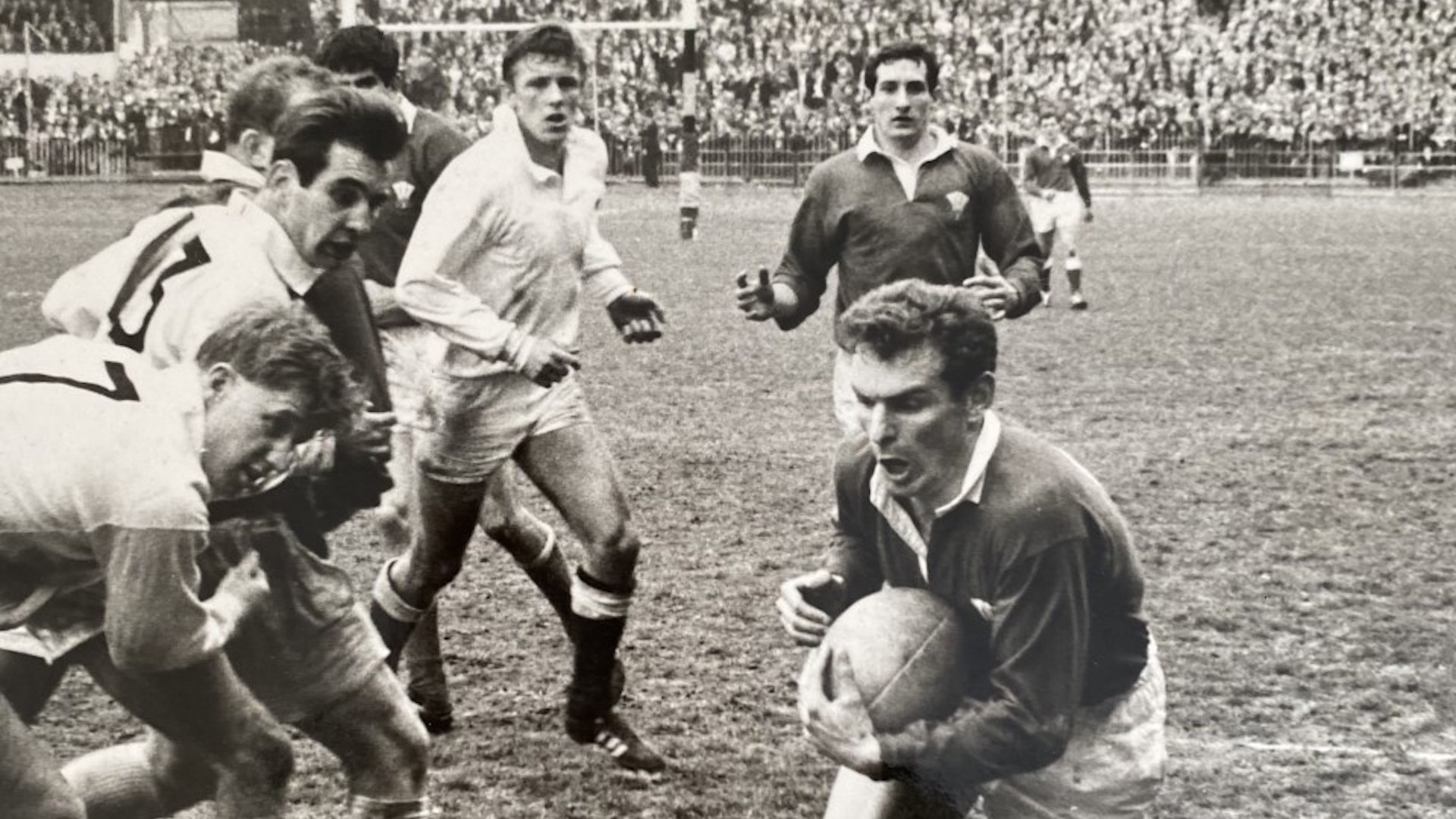 “Unfortunately that didn’t materialise but being away for so long he did enjoy it and obviously playing for The British & Irish Lions you just can’t top that.”

A man of many talents, Bebb was originally a teacher by profession before turning his hand to broadcasting and journalism after retiring from rugby with 34 Wales caps to his name.

He first presented the Welsh language programme Y Dydd until he moved into sports commentary and production, editing HTV’s Sports Arena for more than 30 years and covering two Olympics.

But while Bebb Snr was a master of many things, golf was not one of them – despite his house backing onto a course – as Sion forged his own path to becoming a professional sportsman.

“As an ex-player, he used to get invited to a lot of pro-celebrity tournaments and he said there was nothing more nerve-wracking than standing on the first tee,” Sion explained.

“He would rather stand and play in front of 50,000 fans at Arms Park but give him a golf club in his hand and he would be a nervous wreck. Luckily our back garden was adjoining a golf course.

“I spent a most of my time playing golf. My brother was also a golf pro for a while and my mother also played, those three all joined at the same time at our local club.

“We went on a couple of overseas golfing holidays. I remember one particular one in Spain to Valderrama, we went up to Scotland as well, so we had plenty of time to play golf.”

The three-time Welsh National PGA Championship winner, who is now the pro at Morlais Castle Golf Club, turned professional when he was aged 17 and made his way through the ranks. 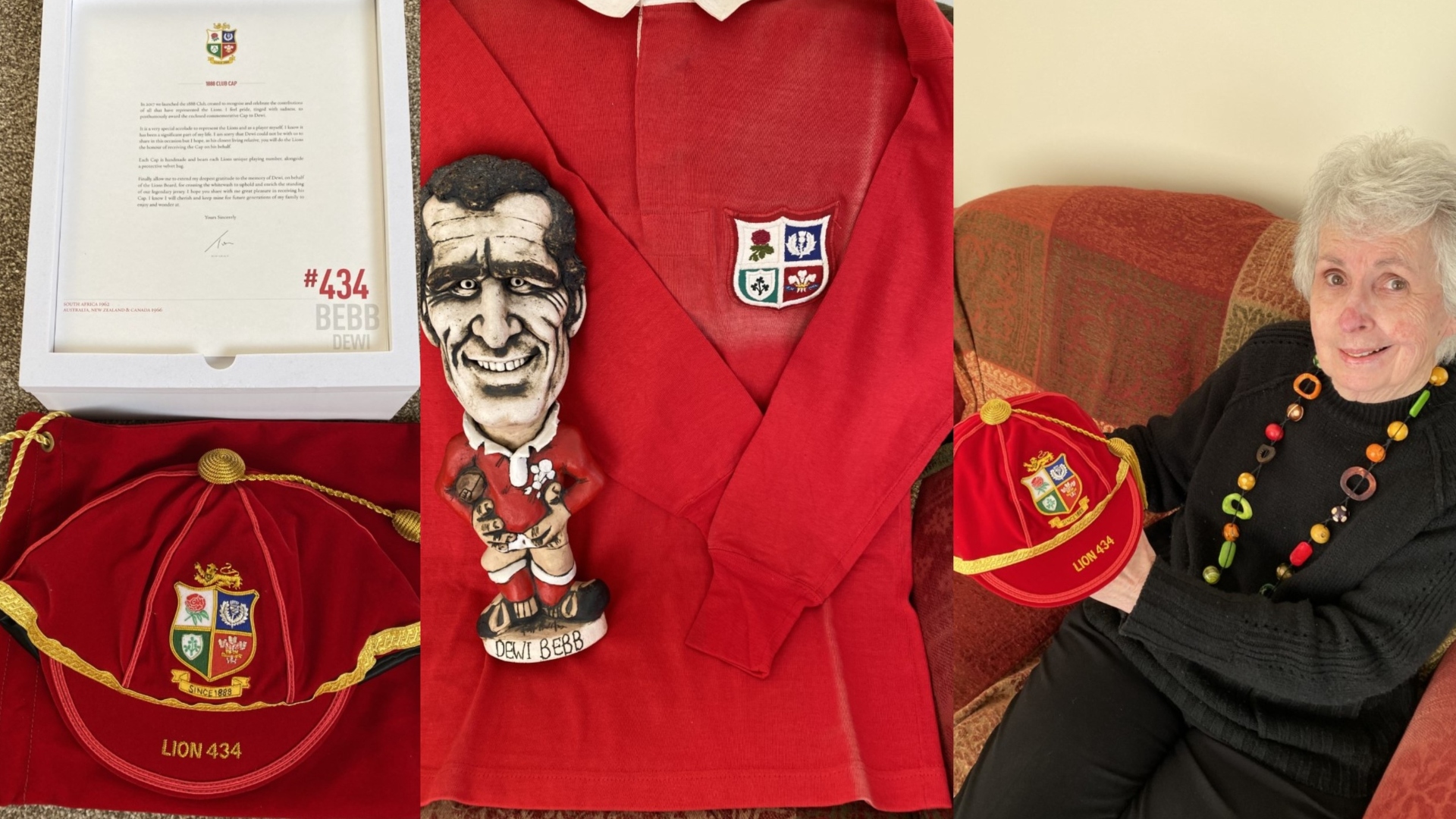 “Every golf pro’s dream is to play on the European Tour so I went through all the ladders to get there, regional, mini tours, Challenge Tour so I won on all those development tours,” Sion said.

“I was fourth in the European Masters in Switzerland where I was paired with Lee Westwood in the final round and I managed to beat him which was the only thing I can say.

“He’s still out there playing and doing well while I’m selling Mars bars in the golf shop but they are great memories, I travelled the whole world thanks to golf.”

Bebb’s family received his Lions cap more than a year ago as part of the 1888 Club capping project and Sion is delighted his dad’s memory continue to live on to this day.

“Still people talk to me now at the golf club I play or even when I go to England to play golf there are not many Bebbs around so they mention, ‘Are you related to Dewi?’,” he added.

“I couldn’t be any prouder and obviously they all ask how he is but unfortunately he died when he was only 57, much too young really and we miss him. We’re all very proud of what he’s done.

“Every time there’s a Lions Tour on we wish he was here watching with us.”