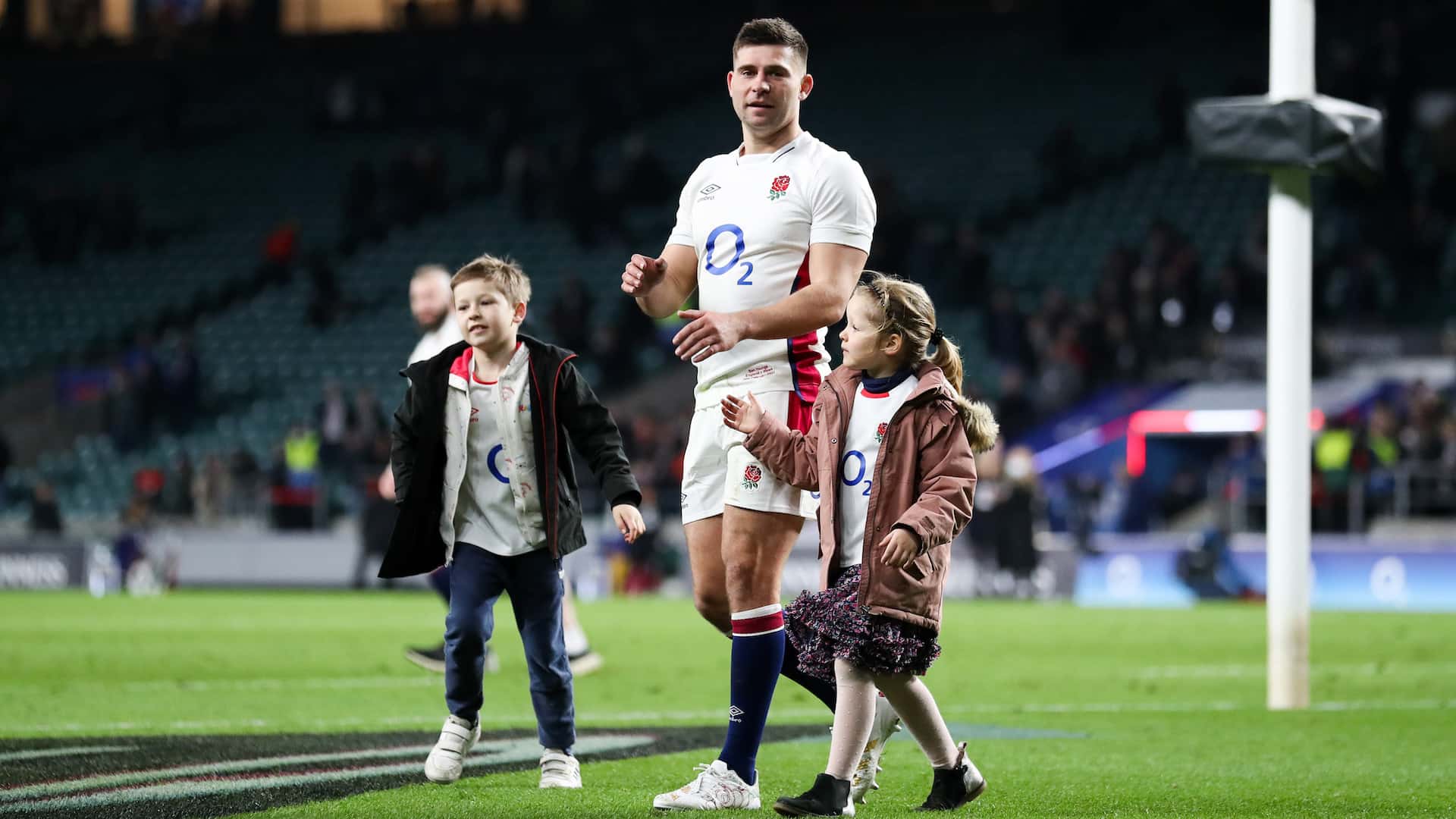 Whether at Holt RFC or Twickenham Stadium, the timeless Ben Youngs has long made the No.9 shirt his own and continues to raise the bar.

The British & Irish Lion etched his name into the England history books in 2022, making a record 115th appearance for his country in February’s 23-19 win over Wales at Twickenham when he came on for Harry Randall as a 61st-minute replacement.

Youngs achieved the milestone by overtaking Lions chairman Jason Leonard, who played on three Tours – including the victorious 1997 series win over South Africa – and made five Test appearances.

The 33-year-old featured in two Tests – and seven games in total – for the Lions during the 2013 Tour of Australia and was also selected for the 2017 Tour before withdrawing due to family reasons.

The scrum-half equalled Leonard’s cap record when he came on as a 55th-minute replacement against Italy in England’s 33-0 victory in Rome but has now pulled on the famous white jersey more than any other man.

And after confirming his status as an England legend, Youngs paid tribute to all those who helped him along the way.

“It’s a great day, for my family, obviously for me as well. It’s a refection of them, without their support you can’t do what you do,” said Youngs.

“I do what I love and I’m blessed to do it and today was no different. It was a special day. To have the family in the crowd and witness that will live long in the memory.”

WHERE IT ALL STARTED

Youngs’ career was forged at Holt RFC in his native Norfolk before joining the Leicester Academy.

He has often reflected on the impact those early days at Holt, where his brother Tom and dad Nick – himself an England international in the 1980s – also played, had on his career.

“That’s where it all started,” said Youngs. “Every Sunday with all my cousins, playing about five games and then having a hot dog while my aunties and uncles had beers in the clubhouse.”

“I was quite small for my age but I played a year up at Holt. I always had a passion for rugby. At school I was dyslexic, so the rugby pitch was a safe place for me.”

He added: “Holt is where I found my love of rugby. It is where I learned to feel free, to have fun, to compete and have that comradery with teammates.

“Every single rugby player has started out at grassroots and I was one of those lucky ones who was able to fulfil a dream off the back of it.” 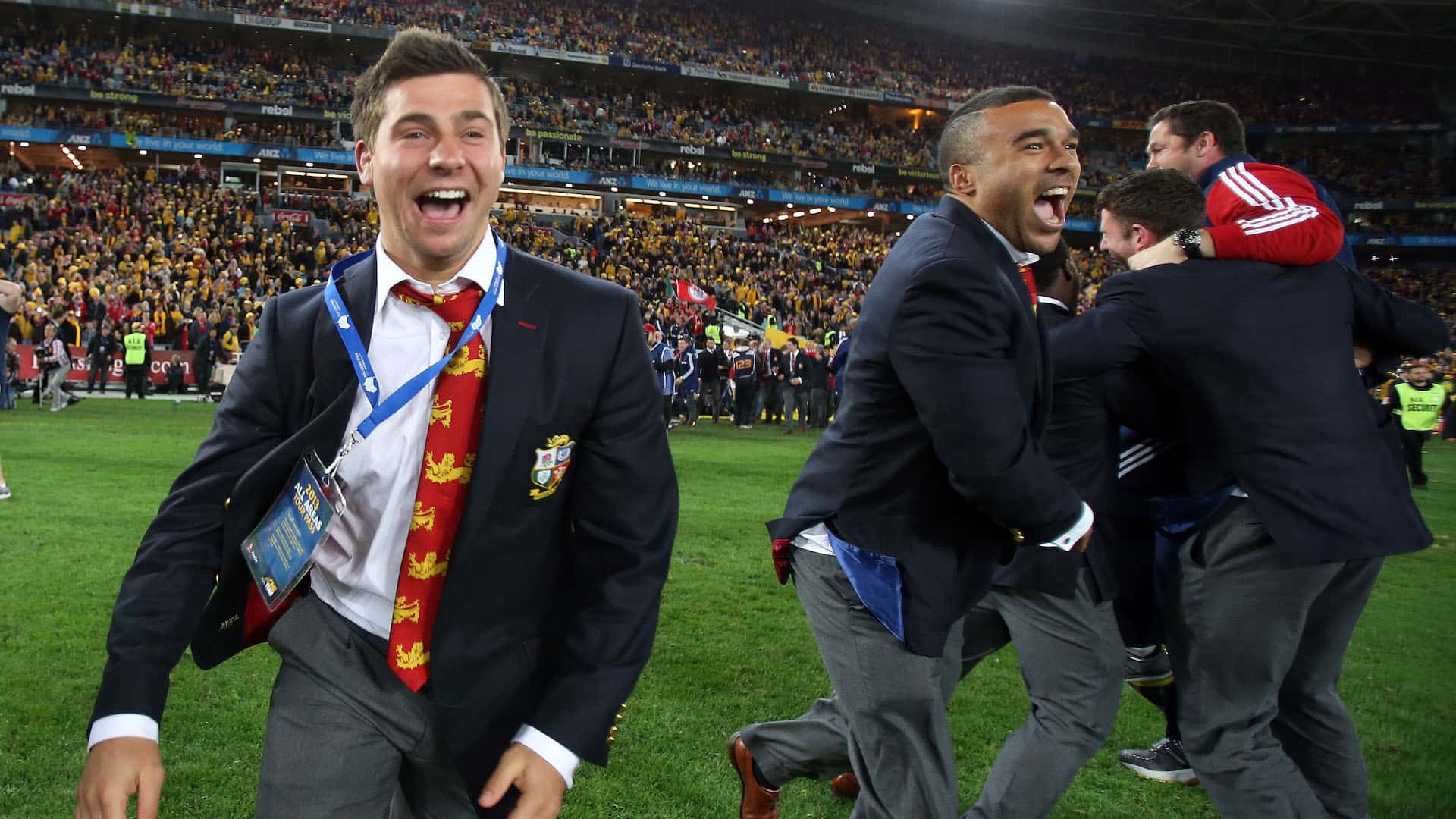 Holt celebrated Youngs’ record-breaking achievement by unveiling a mural in his honour.

The design features Youngs celebrating one of the greatest moments of his career when England won the Grand Slam in Paris in 2016 while also recognising the role of Holt RFC in his development.

Rob Hughes, Chair of Holt RFC, said of the mural: “We are incredibly proud of what Ben has achieved in his career, he is an inspiration to all of us, especially the hundreds of minis and junior players that we have playing here every weekend. Just like them, Ben started as a young boy running out on our pitches and to see him running out at Twickenham to potentially become the most capped player ever is very special.”

Chris Harrison, Holt’s President and Youngs’ Godfather said: “The mural is a fitting tribute to Ben, not just as a player but as a person. It is the first thing you see as you drive into the clubhouse and it is a standout piece of art that captures Ben brilliantly.

“He has achieved so much in the sport but he has always stayed connected to us here and we can’t wait for him to visit us after the Six Nations to see the mural in person.”

Youngs made a significant impact on his first and only Lions Tour, scoring two tries – against Queensland Reds and Melbourne Rebels – as well as playing the first two Tests in the 2-1 series win.

Speaking to documentarian Ben Uttley, Youngs reflected on his fond memories of the Australia Tour: “It was a fantastic group of people. Australia is a fantastic country, one of the best places to Tour.”

Youngs also had the distinction of touring alongside brother Tom, who made three Test appearances Down Under.

“Having your family, having your brother there – it just really couldn’t be better,” said Ben.

It made them one of just a few sets of brothers to have toured with the Lions together, alongside Scott and Gavin Hastings and Tony and Rory Underwood. 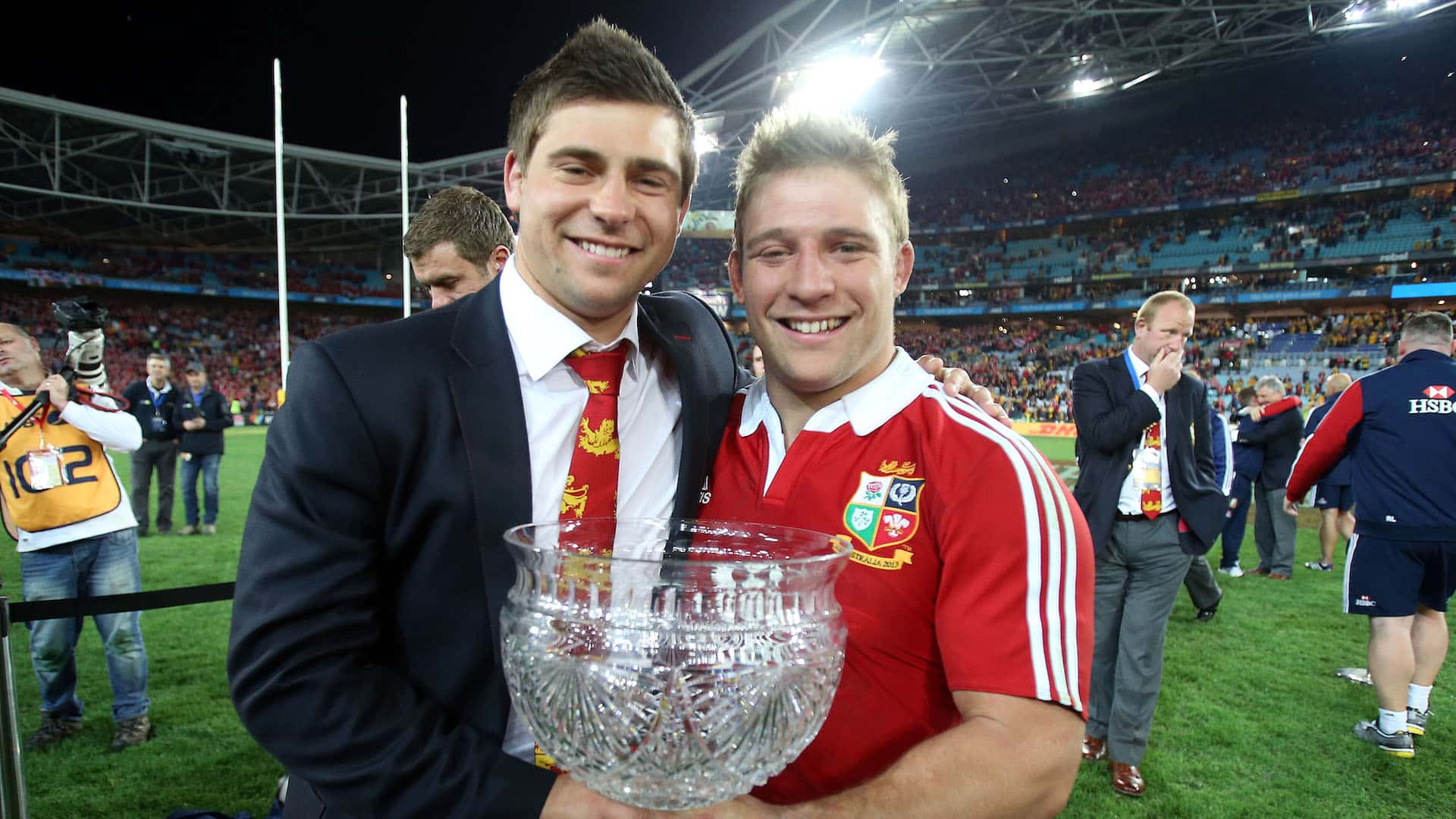 Youngs was also selected again for the 2017 Tour to New Zealand but withdrew after brother Tom’s wife, Tiffany, was given a terminal cancer diagnosis.

He took the decision to remain at home with his family during this time, a decision he said was not difficult to make despite the fact he would be missing out on a Lions Tour.

“I need to be with the family, I need to support Tiff, and I need to be there as a brother for Tom because we knew what was happening.

“I knew where I needed to be, and I was happy to watch the boys do their thing. To watch them go and draw a series in New Zealand was incredible, and good on them.”

After cutting his teeth at Holt and coming through the Leicester Tigers Academy, Youngs mad his first-team league debut in 2007 at the age of just 17.

He ended that season by coming on as a replacement in the Premiership final as Leicester defeated Gloucester.

Youngs’ first England senior cap arrived way back in 2010 against Scotland, with his first start coming a few months later against Australia – a game in which he also grabbed his first try.

Senior international honours came after Youngs had represented England at under-16, under-18 and under-20 level including winning the 2008 Six Nations Under-20s Grand Slam.

Youngs soon became a key player for Leicester and the scrum-half has gone on to play more than 250 times for the Tigers. 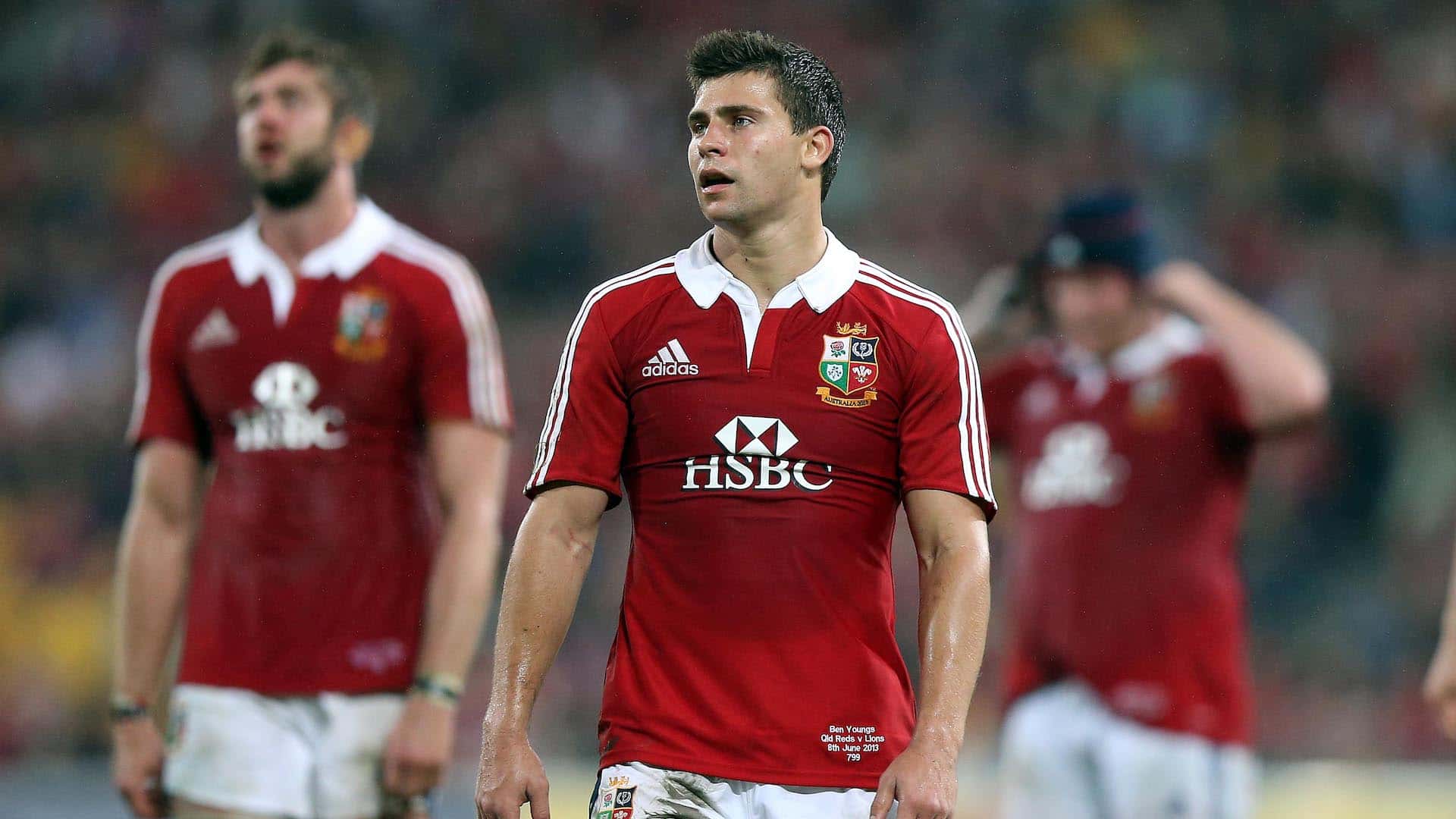 Internationally, Youngs established himself as a regular member of England squads under both Stuart Lancaster and Eddie Jones, being included in three Rugby World Cup squads and playing in the 2019 final.

He became England’s go-to No.9 just a year after his debut, starting every match as England won the 2011 Six Nations – their first Championship triumph since 2003.

Youngs was also part of the 2016 Six Nations Grand Slam victory as he raced towards 100 caps.

He brought up the century milestone in style by scoring a brace against Italy in 2020, becoming only the second man to achieve the landmark for England after Leonard, as Jones’ men won the Championship title again.

And having already cemented himself as one of England’s finest scrum-halves, Youngs etched his name in rugby folklore as his country’s most-capped men’s player by breaking a record that had previously stood for 18 years.