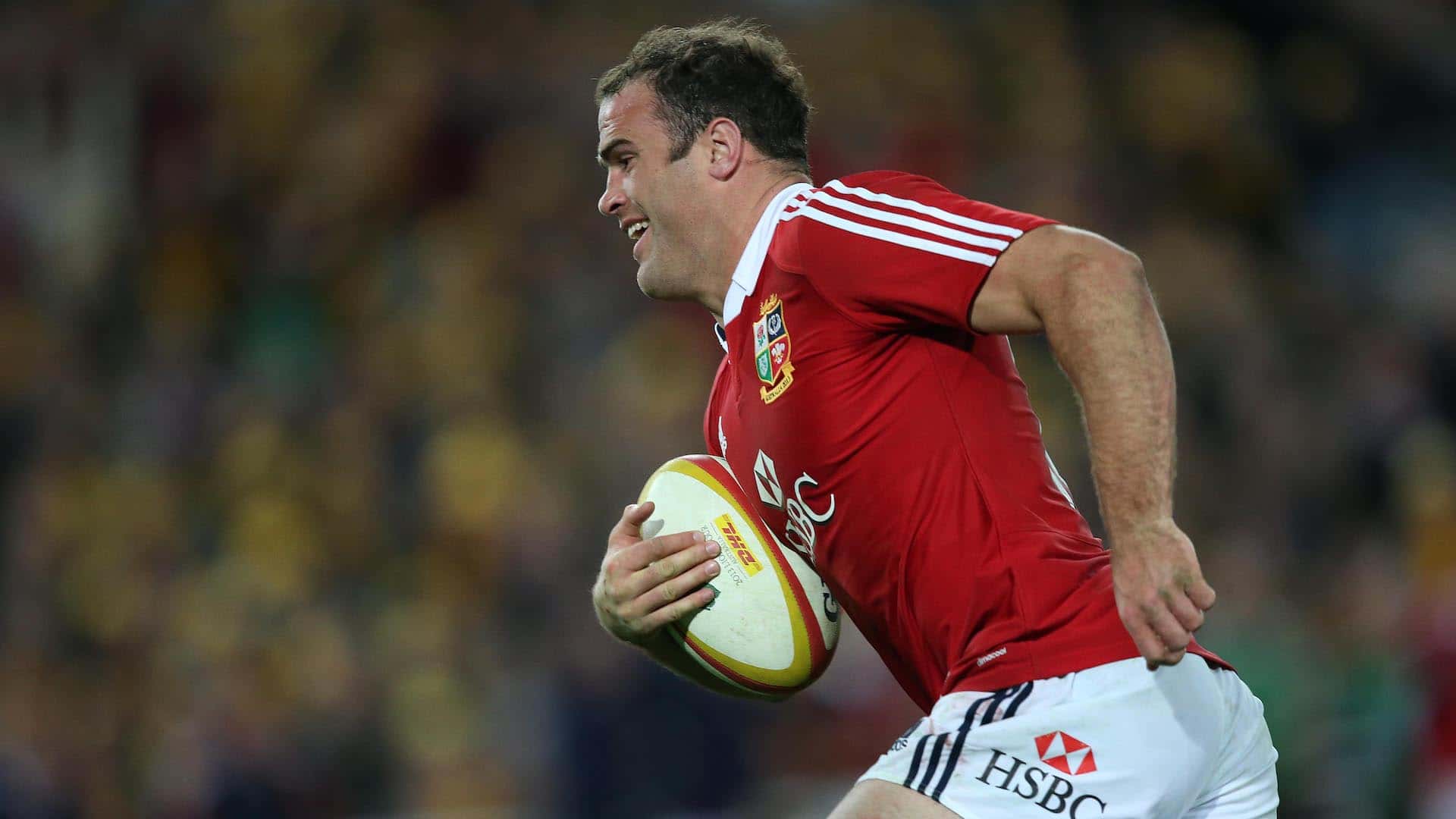 One of Jamie Roberts’ greatest moments on a rugby pitch almost never happened.

The Player of the Series on his first Tour with The British & Irish Lions in 2009, injury threatened to prevent the Welsh centre adding to his two Test caps four years later in Australia.

Roberts tore his hamstring in the 47-17 victory over the Waratahs just a week before the first Test and subsequently missed the opening two games against the Wallabies.

But ahead of the series decider in Sydney, head coach Warren Gatland made the controversial call to drop Brian O’Driscoll in favour of the all-Welsh pairing of Jonathan Davies and Roberts.

The rest is history as Roberts – who previously thought his Tour was done – scored the final try as the Lions defeated Australia 41-16 to clinch their first series win for 16 years.

But Roberts readily admits it could have all been so different, having agonised over his fitness in the build-up to the final Test after being given the nod by Gatland to start.

“It was a kind of moral dilemma I was faced with for that last Test,” he said. “A very challenging few weeks, tearing my hamstring in that Waratahs game before the first Test. 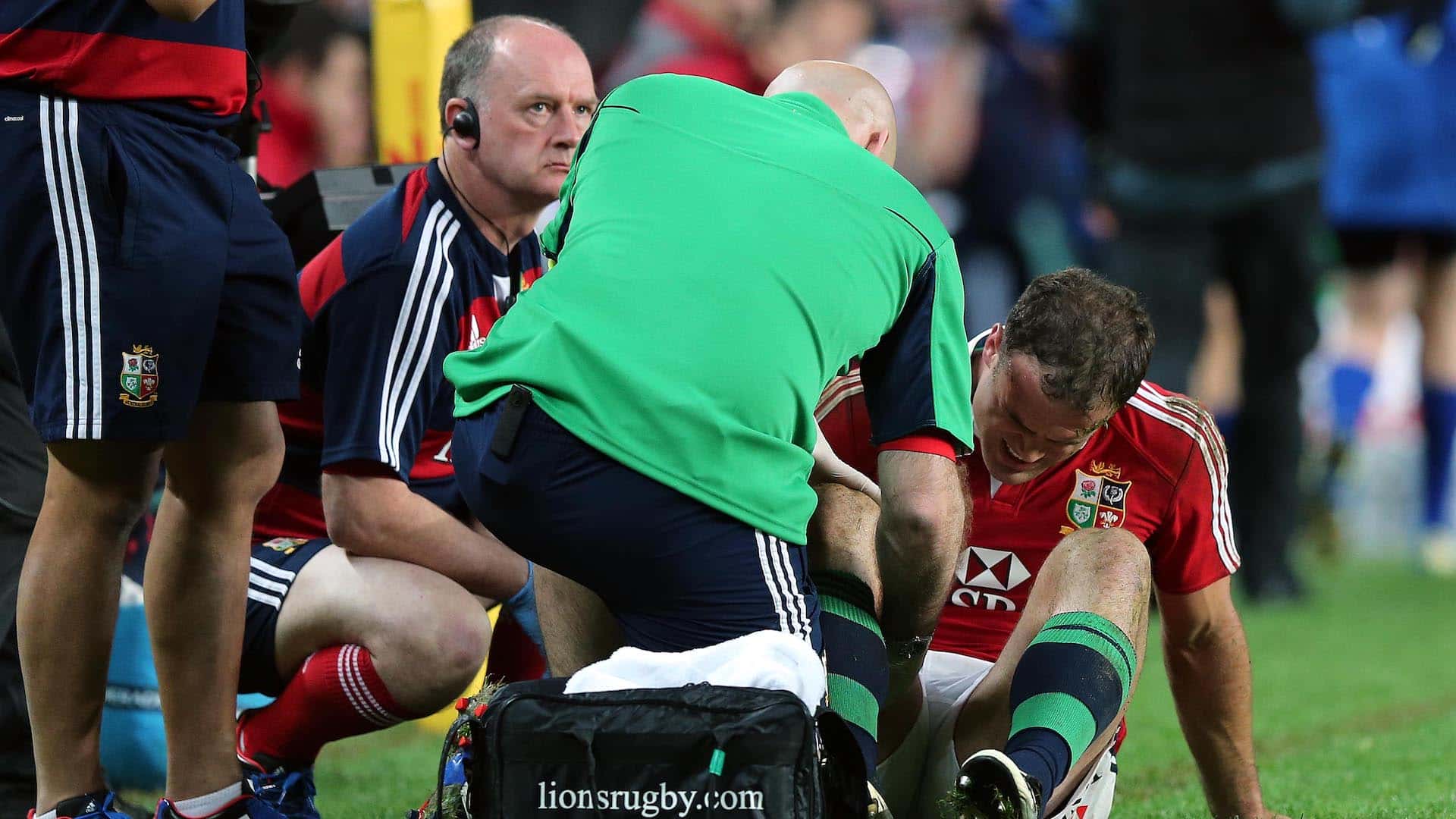 “It’s a very difficult place to be in as a player because you’ve got a coach backing you, he has picked you to play. I remember Warren came up to me in training on the Thursday.

“He’s a man of few words but he just came up to me and said, “Right, you going to be fit?” I was like, “Yeah”, and then he walked off, when I was in actual pain, my hamstring was hurting.

“Well, I remember waking up morning of the game thinking, geez, how am I going to play a Test match later today knowing I’m in quite a lot of pain in my hamstring.

“I had been picked to play, so on one hand, it’s the biggest game in your career. Your coach is backing you to play. He’s picked you, it’s a Lions Test-deciding match in Sydney.

“And on the other hand, I’m in quite a lot of pain in my hamstring, do I pull out, do I play on? If I come off after five minutes, it’s the most selfish decision ever and I really, really struggled.

“I stirred over it for 24 hours, 48 hours. As I said, the morning of the game I was in quite a lot of pain, I remember going to see [physio] Prav [Mathema] and I was just like, “Mate, what is the strongest anti-inflammatory painkillers you can give me?”

“So after giving me that and adrenaline, fortunately, the hamstring held up and I was part of the decisive Lions-winning side in Sydney. To this day, that decision could have easily gone the other way, I could have pulled out of that match and not been a part of it.”

The story is one of many that Roberts covers in his autobiography, Centre Stage, which provides a fascinating insight into the ups and downs he faced throughout his illustrious career.

But the book also explores his life away from the rugby field, revealing how he balanced his playing career with his studies to become a qualified doctor.

“I just felt I had a good story to tell,” says Roberts, when asked about the book’s origins. “It’s a career that’s probably a little bit different than your archetypal professional rugby career. 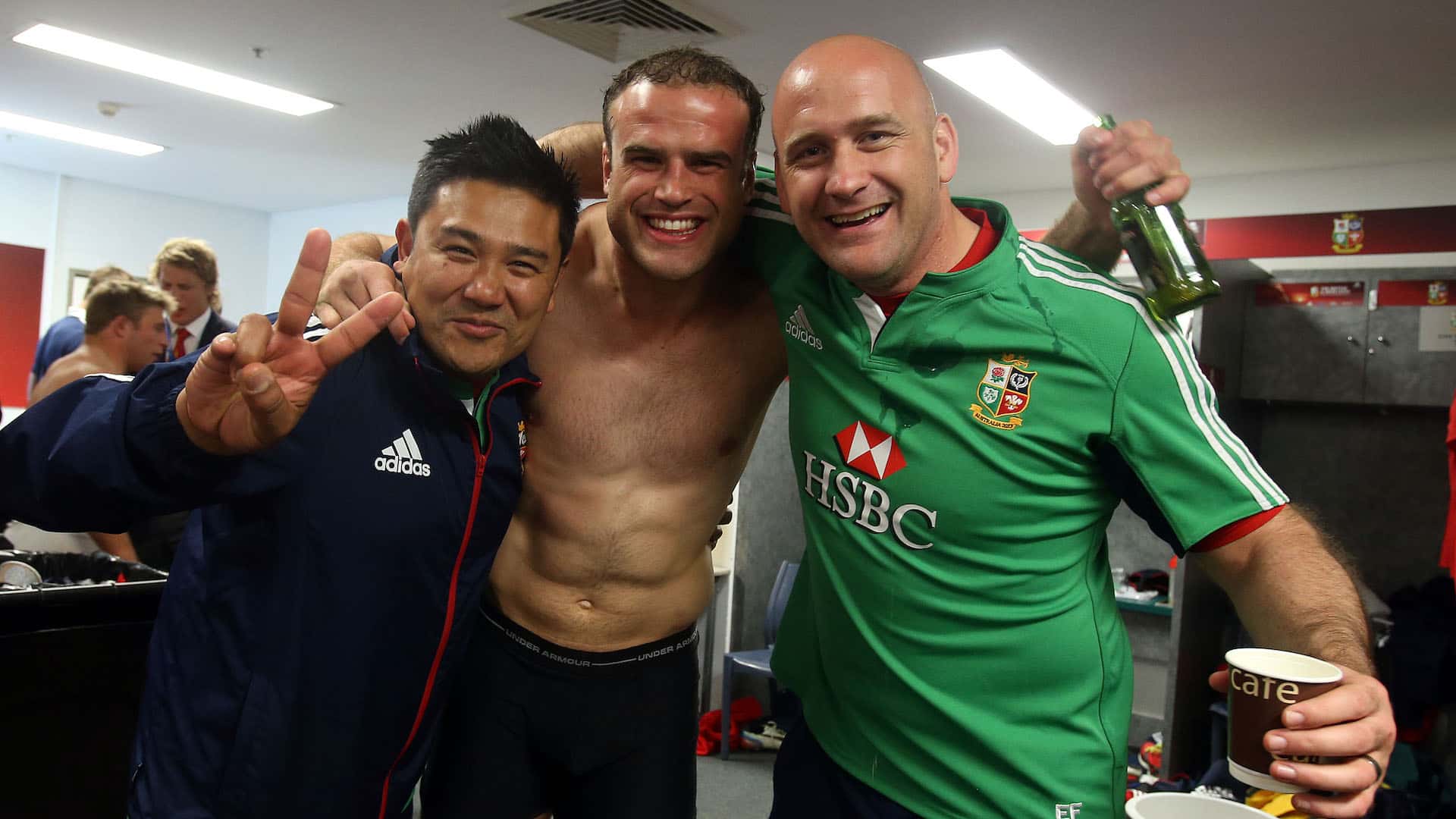 “I’ve had the amazing opportunity to travel with the game, play across different leagues, the privilege of playing for Wales, the Lions and the Barbarians as representative teams but also just being a student and having that academic life whilst in my playing career.

“I guess part of the book is also to hopefully help inspire the next generation of young rugby players or students with an interest in sports, and not just rugby players. People across all professional sports who want to have dual career paths.”

Newport-born Roberts started his rugby journey at Rumney before enjoying a rapid rise to the international stage after making his debut for Cardiff Rugby in 2007.

A string of impressive performances for the region resulted in him being selected in the Wales squad for the 2008 Six Nations, where he made his bow – as a winger – in a 30-15 win against Scotland.

Wales went on to win the Grand Slam that year but the best was yet to come for Roberts, who was named by Gatland in the Lions squad to tour South Africa the following year.

“I just remember it clear as day and you know it’s coming. You know that’s announcement day and I had been playing alright for my club. I just remember that morning,” he recalls.

“I was so nervous, I was so nervous because you know your name is being chucked about by the press etc, and you’re aware of all that, all your mates are texting you as well.

“I just remember going with my best mate down to Penarth Pier near Cardiff, just sitting there, listening on the radio because you find out at the same time as the public. 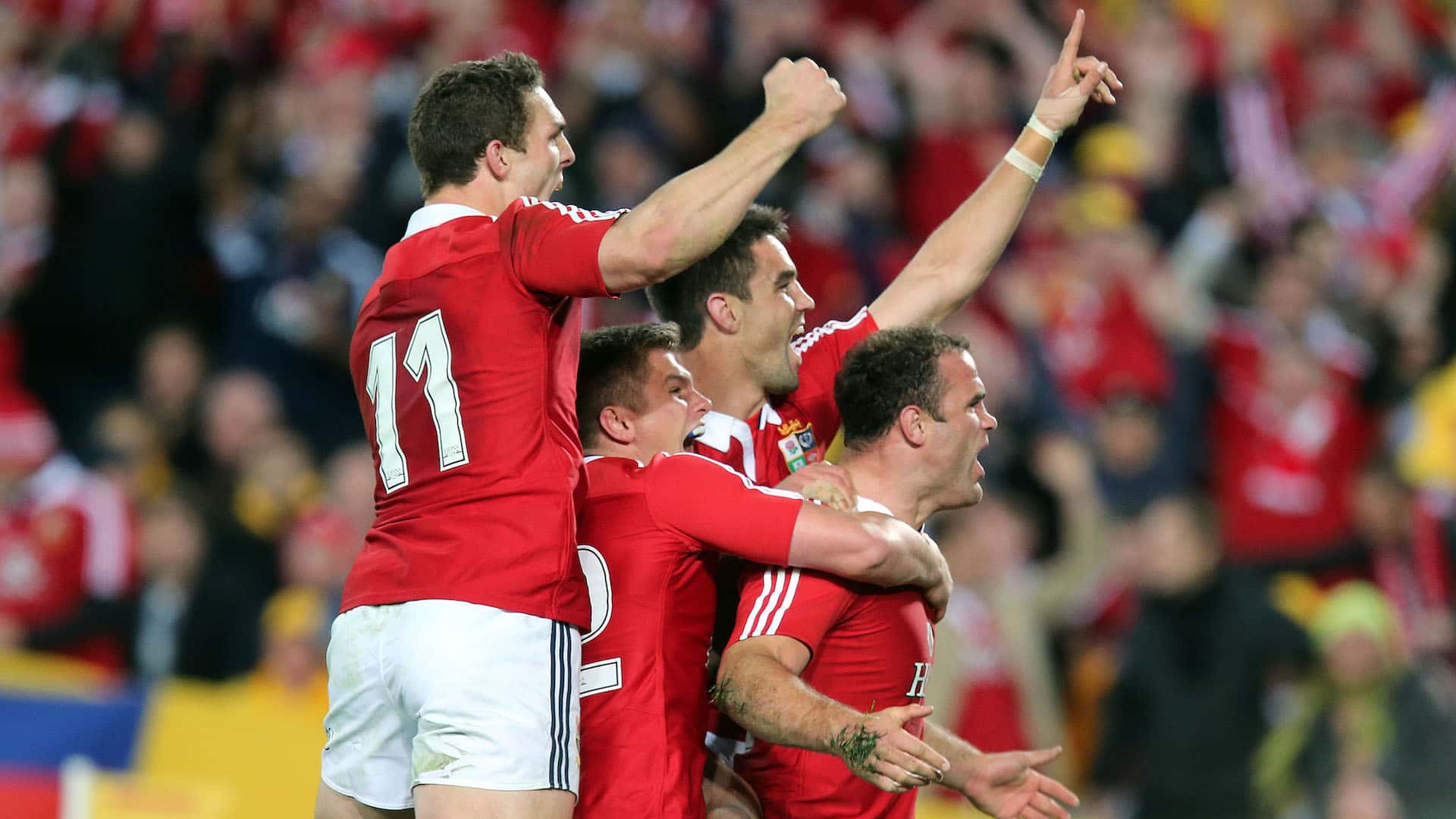 “I love that, I love that kind of surprise element to it. It was just a huge moment, not just in my career but in my life and it probably did change my life, it was a dream come true.”

Roberts grasped his first opportunity to represent the Lions with both hands, forming a potent partnership with O’Driscoll in the first two Tests before injury ruled him out of the third.

He was named Player of the Series despite the tourists’ 2-1 defeat to the Springboks but for Roberts, who was just 22 at the time, the Lions experience was so much more than that.

“You learn more that the game is about relationships,” Roberts continues.

“It’s not about certain plays or how many turnovers you’ve made on the weekend or how many line breaks you make. You come to learn that those aren’t the things you remember.

Roberts: The 2009 Tour changed my life

“The Lions for me defined that and this challenge of getting a group of lads together in a very short space of time to take on the world champions. There’s no bigger challenge at the time.

“To get a group of lads to bond that tightly, quickly was just immense.”

Roberts’ stock continued to grow in the wake of the ’09 Tour, helping Wales reach the 2011 World Cup semi-finals before winning a Grand Slam in 2012 and another Championship in 2013.

His selection for the 2013 Tour was almost a foregone conclusion and while injury nearly ended his Tour early, Roberts recovered just in time to etch his name into Lions’ history. 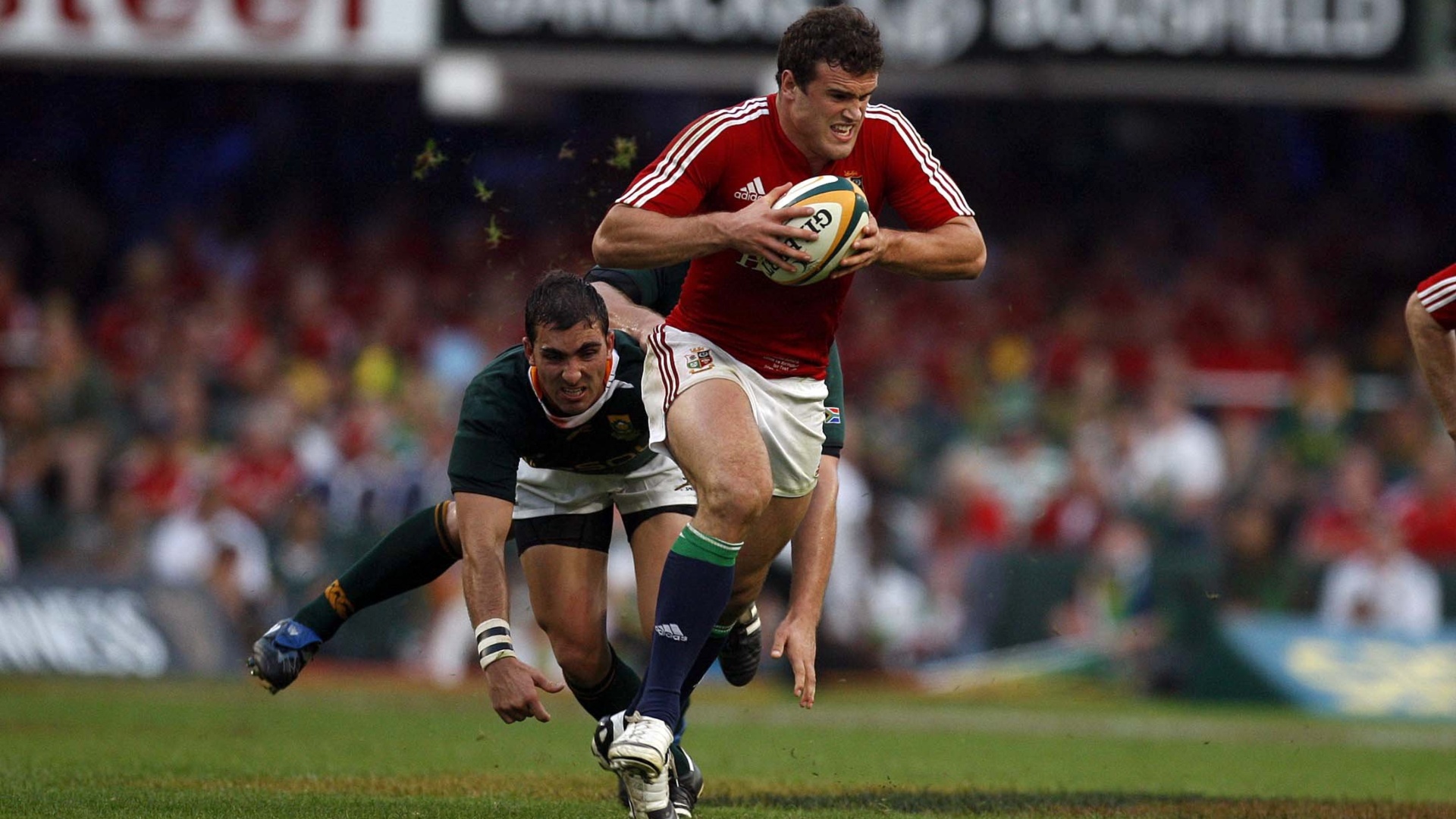 “The contrast in emotion was just immense. In ’09, the changing room was unlike anything I’d experienced in my career or experienced since and then 2013 was utter ecstasy,” he says.

“Champagne bottles popping, you just didn’t want it to end. It was just an amazing feeling, that’s why you play the game for those moments after the game with your teammates.

“James Bond was in the room, Daniel Craig, which was fun, and knowing that your family are there to witness it. It’s a unique moment in time and the Lions haven’t won a Test series since.

“It’s the only Test series they’ve won since ’97 and it was a very special day.”

And while his career has included so many highs, including three Six Nations titles, two Grand Slams and 97 Test caps, Roberts still holds being selected by the Lions above everything.

“That day I found out I was going to Tour in ’09 is probably my favourite memory,” he said. “I think it’s right to say that getting picked for the Lions changed my life. There’s no two ways about that.

“As a young lad with aspirations in the game, to reach the pinnacle of the game in representative rugby was just so special and it definitely did change my life and the course of my career.

“When I reflect, I feel hugely, hugely grateful to have worn the Test jersey on two Tours.”