Rhys Webb lifts the lid on life on Tour

The Welshman talks roommates, rivals and reveals the FIFA king in the 2017 touring party. [more] 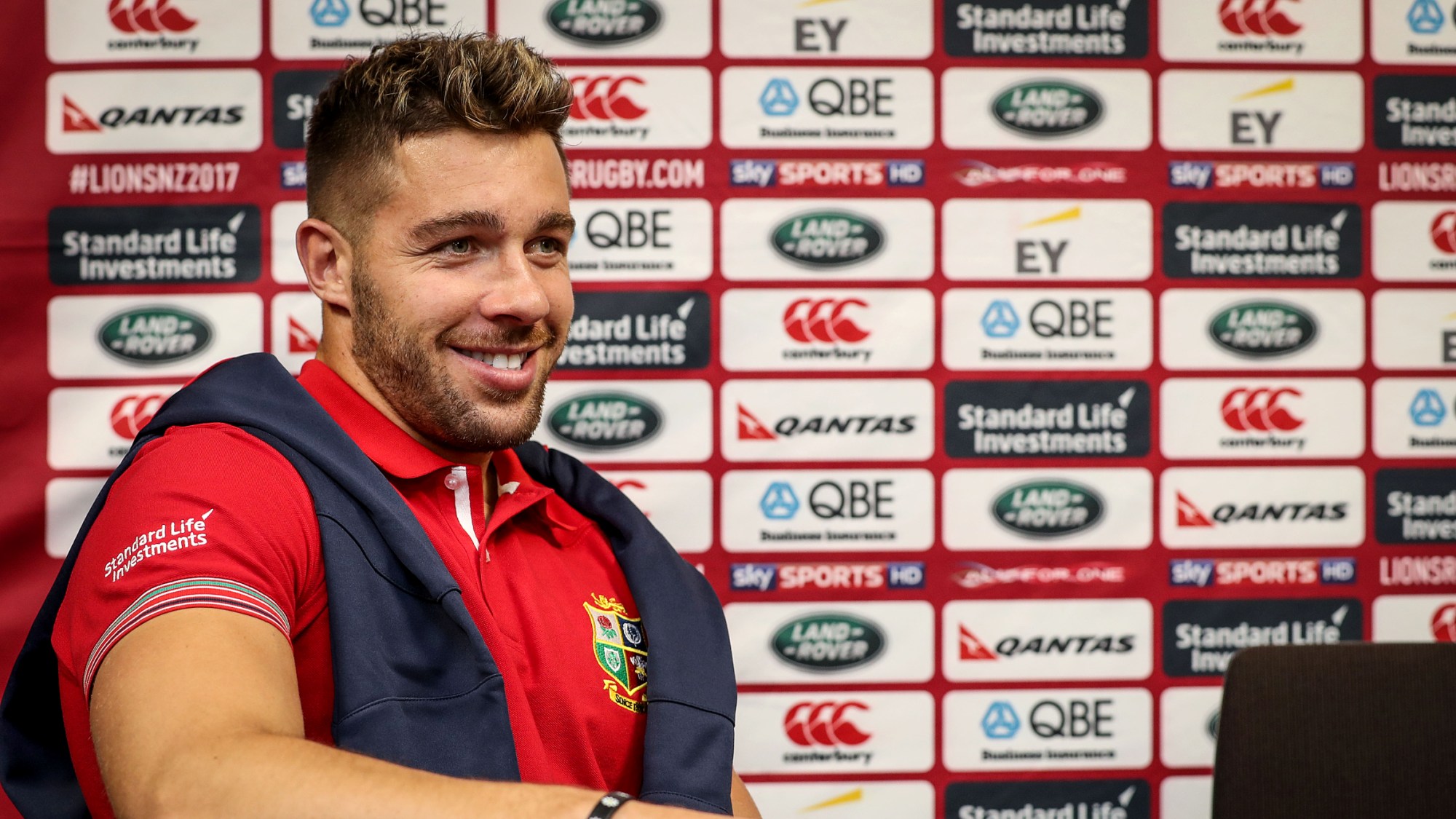 Click here to read Joe Marler’s Q & A on life in training camp, here for Robbie Henshaw’s interview on his birthday, here to find out why Jamie George has finally let his parents buy a Lions jersey and here to find out what is on Ken Owen’s iPad.

And read on below as Webb tells all about life on Tour, including whether Alun Wyn Jones is any good at table tennis.

Q. Hi there Rhys, I saw a wonderful video on your Instagram of your kids wishing you a Happy Father’s Day, are your family out here now for the Test series?

A. My mum Angela, dad Paul and sister Chloe are coming over, they arrive on Friday which will be great. But my girlfriend Delyth and my two kids Regan and Jessie aren’t coming – it is a bit too far with a little one although my eldest Regan would have absolutely loved it! To leave the Jessie behind was tough, but he is a nightmare on flights – we did a seven hour one and that was bad enough so a 36-hour one would have been too much! It is obviously difficult not to see them but I know they are supporting me and it was lovely to get that video message from them on Father’s Day and to see them all in their kit was cool.  I am lucky that Jessie wakes up very early in the morning – not great for Delyth as that’s the start of a long day for her! But I get to FaceTime them just before I go to bed with Regan getting ready for school, smiling and having fun.

Q. And does that sort of stuff give you a bit of perspective?

A. It is good, the Lions Tour is a once in a lifetime opportunity and everything has to go into this. My girlfriend and my parents and my kids know how much it means to me to be here, they fully understand. And if you have got a happy family back home, it makes your job a whole lot easier. Before I play, I always speak to my parents – when I play I feel like I am representing all of them. Regan is old enough to know what’s going on so he gets really excited – and his mates in the playground are all coming up to him to talk about his Dad so it’s a great feeling. He is starting to play as well, he is just in the Under 7s at my local club Bridgend Athletic so it is great to see him go out and play with a smile on his face.

Q. And how are you feeling, physically and mentally, nearly four weeks into the Tour?

A. Packing up and moving on to different places is pretty draining but you get used to it after a while, I’ve learned it’s best not to empty too much out of your bag so you don’t have to pack it all up again a few days later! But the body feels good, I did extra sessions after training with my club at the end of the season to make sure I was at the international level and there were a good couple of weeks in camp to top it up. The games on Tour help us build naturally into the Tests, everyone is feeling fit and ready to hit the ground running.

Q. How are you killing time in the hotels and airports when you are not training?

A. One of the big things on this trip has been coffee. We have found an App called Beanhunter that tells you all the best coffee areas in each city so we have been targeting them. Getting out for little walks is always nice and getting a coffee in as well. I wouldn’t say i am a massive coffee fan but it is nice way to get out the hotel and be with the boys. I do find myself drinking a lot of coffee on my day offs so I am buzzing most days! Some of the lads also spend time with shows on their iPads but I can’t do it – I am terrible at keeping still. I always feel like I have to be on the go and doing something active. I bought my laptop out here and put some films on it but I haven’t opened it up yet! 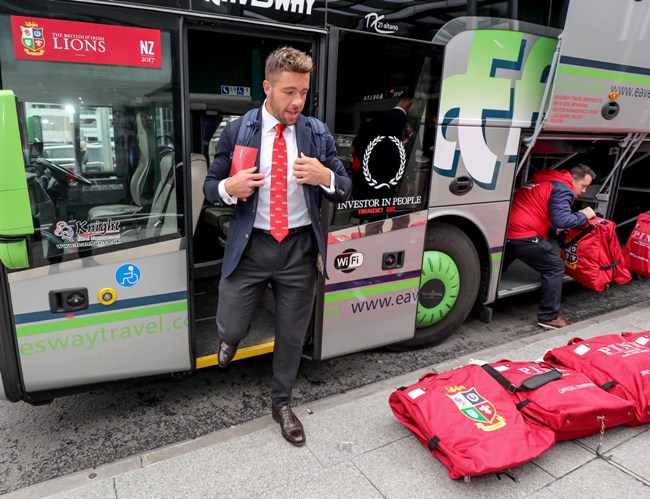 A. Yeah I think so, i have been involved in a lot of the games on Tour so far so I spend a fair amount of time watching the opposition, revising the calls and after that it is time to go to bed.

Q. I did see a video on social media of you playing table tennis with Alun Wyn Jones – it looked like quite an intense match?

A. Hahahaha! It’s not an ongoing series, but we did play a little best of three as we were not involved in the match that weekend. You are biting your nails thinking of something to do and we have drunk a lot of coffee so you are looking for something to do! You play a first match, then a second and then we needed a decider so it did get quite intense. I beat him 2-1 in the end! But a lot of the boys are pretty good, Courtney Lawes, Justin Tipuric and Dan Biggar like a game, Jamie George as well they always seem to be rotating on the table.

Q. Are there some serious FIFA battles as well?

A. Toby (Faletau) and Mako (Vunipola) love a game of FIFA, but so does Faz (Owen Farrell) and myself – but the best is probably Toby or Tips. But the two who always seem to be on there are Mako and Toby, you can be on the bus back from training, and before you have even got your bag off it, those two will be in the team room with the first game loaded up and ready to go – there is a race to get to the console and you can guarantee they are always going to be there!

Q. The team room is obviously very important in bringing a squad together in such a short time, have you been surprised by how quickly this squad has united?

A. I thought coming into the Tour that gelling the squad and playing with these new guys would be the hardest part – but really I have found it so easy to get to know everyone. The team and the squad we have got is brilliant, there are no individuals. Coming over here we knew it was going to be challenging, it was never going to be easy. We have won some games and lost some, but we have lost by fine margins and there have been things we have learned from them that can be fixed. The mood has to be positive, it has to be, we don’t want boys dwelling on it and this is a tight-knit squad and now we are at the business end – it is all about to kick in.

Q. What about the other scrum halves, Conor Murray and Greig Laidlaw? That must be an interesting dynamic considering you have been such big rivals internationally?

A. We have been battering each other for a number of years in the Six Nations but the moment you join this squad you come together, train together and ultimately help each other to do what is best for the team. I get on well with both of them, but of course there is that competitive part inside me that wants to win and get that Test jersey, so when it comes to training you have to be focused – but off the pitch you flick the switch and are back to being teammates again. The goal is to get in the 23 for the Tests and we are all doing the best we can so it is down to the coaches at the end of the day.

Q. Away from the rugby, any particularly memorable sites you have seen in this beautiful country?

A. It has been great to go round all these different places, everywhere is so passionate about the game it is unbelievable – it is exactly like Wales really! We haven’t been able to get out and see the sites too much, but the little bits have been amazing. It has been so packed in with the travelling, training and playing but Rotorua – as I was not involved in the game – was pretty fun. The landscape there is fantastic and we got to do a bit of off-roading with Land Rover, speeding down steep hills and driving through ponds and stuff, plus we got to see a few hot geysers, that was fantastic to switch off and see a bit of the country.

Amazing day off with @LandRoverRugby taking us off-roading. Absolutely loved it. Thanks again 👍🏻 pic.twitter.com/lcF3c0ECAd

Q. Who have been your best roommates then?

A. I have been rooming quite a bit with Faz and Ben Te’o, two English boys that I had never met before and I have become really close to them – obviously with them being backs as well we can chat about the games and the moves and learning off each other. They are both good roommates as well, we had to do questionnaires made by the back room staff before arriving out here about your preferred bed times, whether you snore and things like that. Faz and Te’o both said they were early to bed and didn’t snore, and we have players on the rooming committee who have luckily paired us up a few times, we have a good routine and they are both tidy so I can’t complain.

Q. Are you on a committee?

A. Yeah, I’m on the wives and girlfriends committee, which is quite a tricky one really – basically my job is to give the boys updates on how their other halves are getting on back home. I am not a big one for browsing social media and obviously I don’t know half of the lads’ partners, let alone their names, but I suppose it is about trying to pick out a few bits of information! I am updating the the squad on when boys’ partners are coming out, letting them know they had a safe flight and are all good – it’s not too bad a job really.

Q. What about the fines committee, have you managed to avoid punishment so far?

A. I have been pretty good, touch wood so hopefully that continues

Q. Mako must have got into some trouble for shoelace-gate?

A. Well I didn’t mind to be honest, I was lucky to be training with the forwards that day so I dodged it and my trainers are fine. He seems to avoided getting into any trouble so far for it which is amazing. But he is a big boy and one of the senior players I suppose! We want to try and keep the fines to a minimum, but there have been a few funny ones when the lads roll the dice, it brings a good atmosphere to the team room in the evenings when people have to do a performance in front of all the lads or something like that, but on the whole we have kept it as clean as possible.